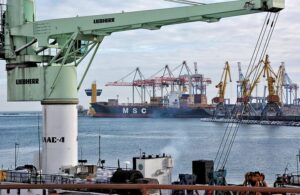 Odesa seaport in July received a positive financial result from economic activities at the level of UAH 1.3 million.
According to the press service of the Ministry of Infrastructure, the reasons for the company’s profitability are the introduction of a balanced tariff policy, attracting new customers, reducing the company’s expenses and modernizing equipment.
The department notes that the previous periods were unprofitable for the company. In particular, a loss of UAH 9.4 million was recorded in June. Over the past six months, the total loss of the enterprise amounted to UAH 29 million.
“For the first time in the past six months, Odesa port will profit from its activities. The indicator for June in the amount of UAH 4 million is the largest since July last year. The successful result was demonstrated despite the fact that, in general, July was the month with the lowest number of ship calls since the beginning of 2021,” the ministry said.
In January-June 2021, Odesa seaport handled 10.402 million tonnes of cargo, which is 13.6% less than in the same period in 2020. In 2020, the seaport handled 23.37 million tonnes of cargo, which is 7.8% less than in 2019. 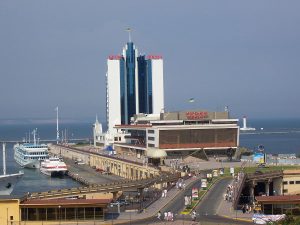 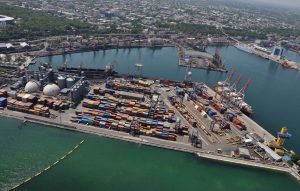 Its production facilities also produced 96,500 tonnes of commercial ammonia, which is 3.2 times more than a year earlier, a press release of the enterprise published on Thursday says.

Almost all products are made from raw materials supplied by the customer, but there is no more accurate data on this in the message.

The plant also clarified that over 90% of its products are exported. 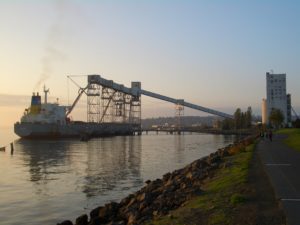 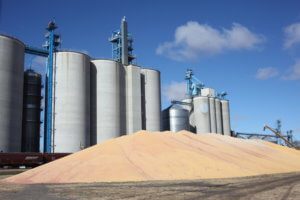 The supervisory board of Odesa Port-Side Plant (Yuzhne, Odesa region) next week will consider the possibility of launching grain handling at the plant’s facilities, First Deputy Board Chairman Mykola Schurikov has said on the MIG local TV channel.
“Today, at the plant’s facilities, it is possible, among other things, to transship the grain. We have the facilities and a huge resource to do it. This will give an opportunity to engage the team,” he said.
According to him, the grain transshipment could be done on the basis of urea transshipment or use for this new activity 3.2 hectares of land, available at the company, with the possible construction of a silo.
Schurikov said that the expanded meeting of the supervisory board will be held in Kyiv together with the trade union committee of the enterprise in connection with the critical situation that is seen at the plant.
He said that the main issue that will be addressed at the meeting is how to preserve chemical production and the staff, whose number has already decreased from 4,000 to over 2,800. 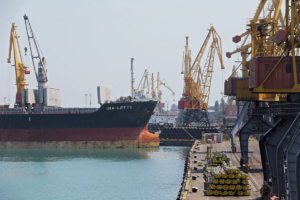 The Ukrainian Sea Ports Authority, Odesa Maritime Merchant Port and Brooklyn-Kyiv Port LLC with the participation of the French company CMA CGM, the world’s third largest container carrier, have signed a memorandum of understanding in France, the Ministry of Infrastructure has reported.
“The development of cooperation between the Ukrainian Sea Ports Authority, Brooklyn-Kyiv Port and CMA CGM is another example of effective public-private partnership. As part of this project, berths Nos. 13-z, 14-s will be reconstructed in Odesa,” Head of the Ukrainian Sea Ports Authority Raivis Veckagans said.
According to him, this will allow avoiding vessel idleness and significantly increasing the volume of cargo handling.
“The signed memorandum gives hope that in the near future a large-scale infrastructure project will be implemented in Odesa seaport, which will attract investment in infrastructure development, increasing cargo traffic and the number of ship calls at the port,” Minister of Infrastructure Volodymyr Omelyan said.
CMA CGM Group is a shipping company headquartered in Marseille. According to the Ministry of Infrastructure, it is the largest sea container carrier in France with the total deadweight of 2.208 million TEUs, operating with a fleet of 445 vessels and servicing more than 420 ports in the world.