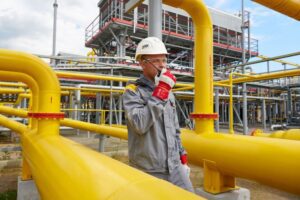 DTEK Oil & Gas produced over 960 million cubic meters of gas in January-June 2021, which is 10% more than in the same period in 2020, the company said.
“DTEK Oil & Gas is steadily increasing gas production thanks to systemic investments and the introduction of innovative technologies,” CEO of the company Ihor Schurov said.
The company is reportedly planning in the fourth quarter of this year to complete a large infrastructure project to build a refrigeration unit to optimize production at Machukhske field (Poltava region).
DTEK Oil & Gas has also already started geological exploration and office work in new deposits – Budyschansko-Chutivska and Zinkovska fields, which supplemented the company’s asset portfolio in 2020, the report says.
DTEK Oil & Gas recalled that in general, in 2021, the company is carrying out a program of drilling, workover and stimulation at base fields in Poltava region: during the first half of the year, the company commissioned two new wells, as well as carried out workover and stimulation operations at 21 wells of the operating stock. 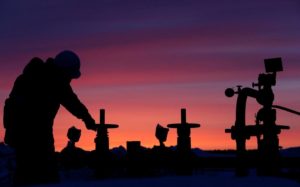 JKX Oil & Gas with assets in Ukraine and Russia in the nine months of 2019 reached an average daily production of 10,668 barrels of oil equivalent (boepd), which is 19% more than the average figure for the nine months of 2018.
According to the company’s report on the London Stock Exchange, production in Ukraine in January-September 2019 rose by 51% compared to January-September 2018, to 5,535 boepd, in particular that of gas by 55%, to 765,000 cubic meters per day, oil and condensate by 33%, to 1,033 boepd.
At the same time, the average gas price for the indicated period of 2019 in Ukraine decreased by 21% compared to the same period in 2018, to $226 per 1,000 cubic meters, oil by 15%, to $61 per barrel.
The company said that in the third quarter of this year, compared with the second quarter, the average daily production grew by 13%, to 11,719 boepd, including in Ukraine by 16%, to 6,217 boepd. In particular, the growth of gas production in Ukraine amounted to 14%, to 842,000 cubic meters per day, oil and condensate by 26%, to 1,260 boepd.
“This is the highest level of oil production for the quarter and since the beginning of the year for the period from 2013,” the report said.
The increase in oil production in the third quarter of 2019 is the result of drilling two new wells: NN81 and IG142, JKX said.
At the same time, gas prices continued to decline in the third quarter, to an average of $175 per 1,000 cubic meters compared with $215 per 1,000 cubic meters in the second quarter and $269 per 1,000 cubic meters in the first quarter.
JKX Oil & Gas is engaged in the exploration and production of hydrocarbons in Ukraine, the Russian Federation, Hungary, and Slovakia.