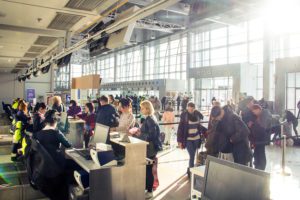 Passenger traffic at Kharkiv International Airport in January-June 2019 amounted to 552,600 people, which is 26% more than in the same period of 2018.
According to the airport’s Facebook page, almost 2,500 departures from the airport were made in the six months.
In June 2019, some 124,400 people used the airport’s services, which is 9% more than in June 2018.
The most popular destinations in June of this year were Antalya, Kyiv, Istanbul, Sharm el-Sheikh, and Vienna.
As reported, passenger traffic at Kharkiv airport in 2018 was 962,500 people, which is 19% more than in 2017. 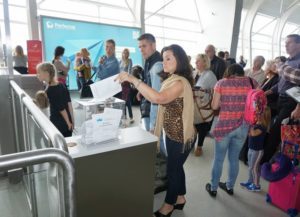 Kyiv Sikorsky International Airport in January-March 2019 served 638,100 passengers, which is 44.3% more than in the same period of 2018.
According to statistics released by the airport’s press service, the number of passengers served on international flights in the first quarter was 622,300, and on domestic flights some 15,800.
At the same time, the number of flights amounted to 6,669 on arrival/departure, which is 21.3% more than in the same period in 2018, including 5,624 international flights, and 1,045 domestic flights.
The most popular international destinations at the airport in January-March 2019 were Sharm el Sheikh (Egypt), Warsaw (Poland), Minsk (Belarus), Ankara (Turkey), Vienna (Austria), Berlin (Germany), Budapest (Hungary), internal – Odesa, Zaporizhia, and Lviv. 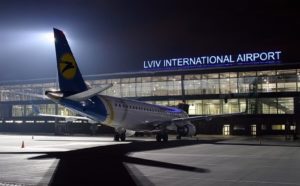 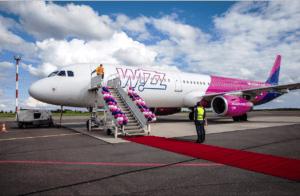 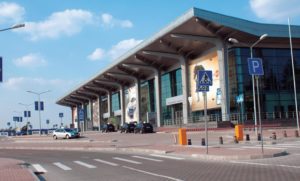