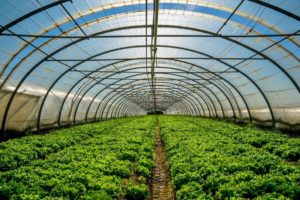 T.B.Fruit group of companies, one of the largest fruit and berry processors in Ukraine, has launched a pectin plant in Horodok (Lviv region) with investments of EUR25 million, founder of T.B.Fruit Group Taras Barschovsky has said.
“We’ve started production of pectin. The new plant that we had been building two years has been launched. The production capacity is 3,000 tonnes of apple pectin per year,” he wrote on his Facebook page.
According to him, 40,000-45,000 tonnes of citrus and apple pectin are produced in the world today.
“This ‘club’ of manufacturers consists of only seven companies. Among them are CP Kelco, Cargill, DuPont, H&Fox … And only two of them produce apple pectin. T.B.Fruit became the third producer of apple pectin in the world,” Barschovsky said.
According to him, investments in the plant are estimated at EUR25 million.
T.B.Fruit is a vertically integrated international group of companies with a closed production cycle (growing raw materials-processing-transportation).