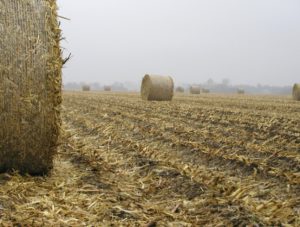 State-owned Oschadbank (Kyiv) is selling a straw pellets plant with an annual capacity of 40,000 tonnes on the OpenMarket platform of state-owned enterprise (SOE) SETAM and 34 items of the plant’s equipment at the starting price of UAH 42.95 million.
The press service of SETAM reported on Wednesday that the auction will be held on January 16.
The bid deposit is UAH 2.15 million, and the bid increment is UAH 429,500.
The press service said that the lot was put up for sale by Oschadbank as voluntary sale.
The plant is located in Kirovohrad region.
Oschadbank was founded in 1991. Its sole owner is the state.
According to the National Bank of Ukraine, as of October 1, 2019, Oschadbank ranked second among 76 banks operating in the country in terms of total assets (UAH 274.609 billion).