CHARGE D’AFFAIRES OF THE US IN UKRAINE: PHONE CALL BETWEEN BIDEN AND ZELENSKY WILL HAPPEN 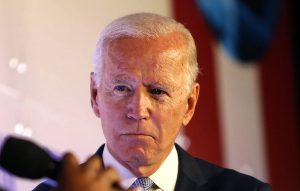 Charge d’Affaires of the United States in Ukraine Kristina Kvien expressed confidence that a telephone conversation between U.S. President Joe Biden and Ukrainian President Volodymyr Zelensky will take place.
“Secretary Blinken’s remarks confirm that Ukraine will be a high priority for the administration and there’s no doubt that a call between President Biden and President Zelensky will happen,” Kvien said in an interview with Interfax-Ukraine.
In turn, Deputy Political Counselor Lynette Behnke pointed out that the U.S. Embassy in Ukraine hopes that both presidents will be able to talk directly, that it is essential to recall that, nevertheless, much has been achieved at other levels, somewhat below the level of the leaders of the countries.
“In early February, very early in this administration, Secretary Blinken spoke to his counterpart, Foreign Minister Kuleba. Defense Minister Taran has spoken with Defense Secretary Austin. Head of the Presidential Office Yermak spoke to National Security Advisor Sullivan. Other senior officials will connect in the near future. And every day at Embassy Kyiv we are working together with our Ukrainian counterparts on our common priorities,” she explained.
Behnke noted that both the White House and Secretary of State Blinken have repeatedly stressed the United States’ commitment to supporting Ukraine’s sovereignty and territorial integrity.
“The Secretary made a very strong statement supporting Ukraine on the 7th anniversary of the purported annexation of Crimea. He made a special video to underline his personal commitment.  The Biden administration has wholeheartedly welcomed Ukraine’s  Crimean Platform initiative,” she added.
“Meanwhile, our security and development assistance continues unabated.  To give a concrete example, we announced another tranche of  $125 million in security assistance on March 5,” Behnke said.