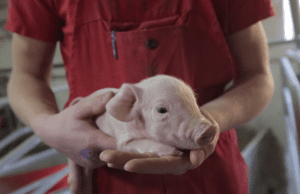 The Danish pig breeding company Goodvalley (previously Danosha) with assets in Ukraine, Poland and Russia, saw DKK 120 million in net profit in January-September 2019, which is 1.8 times more than a year ago. According to a company report, revenue over the period grew by 1.7%, to DKK 1.12 billion, adjusted earnings before interest, taxes, depreciation and amortization (EBITDA) fell by 2.6%, to DKK 185 million.
In Q3 2019, the net profit of the company was DKK 26 million compared with DKK 21 million of net loss a year ago. Revenue grew by 9.8%, to DKK 414 million thanks to the increase in sales of live pigs at higher average price.
Adjusted EBITDA in Q3 2019 doubled, to DKK 71 million.
Ukrainian segment revenue rose to DKK 138 million (DKK 108 million in Q3 2019) thanks to growth in pig prices, while adjusted EBITDA fell to DKK 15 million (DKK 17 million in Q3 2018) due record-low crop yield.
“Our pig production generated strong results in the quarter as we lev¬eraged our recent investments in production capacity, enabling us to sell more live pigs at a higher average price while simultaneously improving operational efficiency slightly. Even though we realised a record-low crop yield from our land in Ukraine in particular and saw the pig price effect partly offset by relatively fixed pork product sales prices, we now expect to reach the high end of our revenue and earnings outlook for the full-year,” CEO Hans Henrik Pedersen said. 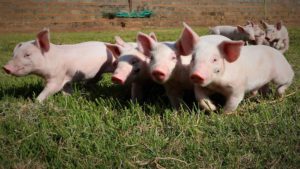 The Danish pig breeding company Goodvalley (previously Danosha) with assets in Ukraine, Poland and Russia, in April-June 2019 achieved a net profit of DKK95 million that is 2.8 times more than for the same period last year. According to the company’s report posted on its website, a revenue in the second quarter of 2019 increased by 2.9%, up to DKK385 million, as a result of a rise of pig sales and an increase in the average price to DKK12.29 per kg (against DKK11.31 per kg in the second quarter of 2018). The volumes of pork sales in this quarter were lower: 48% and 47% of the group’s revenue, respectively.
EBITDA grew by 1.9 times, to DKK136 million, EBITDA margin to 35.2% from 19.6% in April-June 2018.
The pig breeding segment revenue in Ukraine saw 5.4% rise, up to DKK97 million based on moderately high sales and prices, in Poland it slightly decreased and amounted to DKK240 million, in Russia it grew by 11.6% to DKK48 million.
In the second quarter of 2019, Goodvalley sold 9,500 tonnes of pigs (live weight), which is more than over the same period a year ago (9,100 tonnes of pigs) with an average price DKK12.13 per kg (DKK11.66 per kg in Q2, 2018).
Goodvalley Ukraine is a pig breeding company established in June 2004 in the village of Kopanky, Ivano-Frankivsk region. In addition to pig breeding, the group is engaged in crop production, feed production, biogas and electricity generation in Ukraine.
It is part of the Danish group Goodvalley, which develops pig breeding complexes in Poland, Ukraine and Russia.