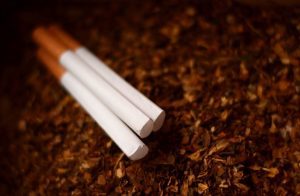 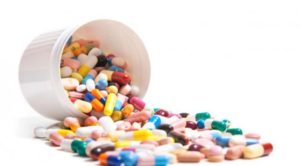 Health Ministry of Ukraine has initiated rescheduling of a pilot project on 2D coding (the special QR code on packages) of medicine packages, acting Health Minister Ulana Suprun said at a press conference on Wednesday. “Due to the need to bring 2D coding into line with the EU requirements, we will initiate amendments into the government’s decree, which envisaged the launch of a pilot project from September 1, 2019. Producers and government agencies were not ready for this,” she said.
According to Suprun, profile associations backed rescheduling of the project, in particular because Economic Development and Trade Ministry failed to work out the procedures for introduction of this system.
Director General of Health Ministry’s Pharmaceutical Directorate Oleksandr Komarida has reported that the required amendments now are being drafted for the respective government’s decree and by the end of the week they will be put for a public discussion.
According to Chairman of the Board of Directors of the Association of Manufacturers of Innovative Medicines Vitaliy Hordiyenko, the amendments will affect the content of the information that will be encoded.
He noted that at present production sites of foreign manufacturers had necessary equipment for applying coding, however, it is not used for medicines manufactured for Ukraine, since manufacturers do not know what information the code should contain.
As reported, the Cabinet of Ministers of Ukraine approved a pilot project on introduction of 2D control marking and monitoring of medicines, which is part of the Concept for the Implementation of the State Policy for Prevention of Medication Falsification.
As expected, the project to be fulfilled from September 1, 2019 to December 31, 2020. 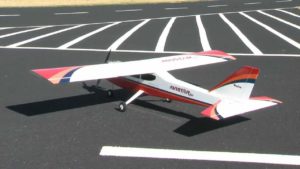 APS Holding (Prague, the Czech Republic), a large provider of investment and recovery services in Central Europe, jointly with Avistar (Kyiv), which has been operating on the Ukrainian toxic assets market for over nine years, is launching a pilot project – Gefest Group, Avistar Managing Partner Yuri Kostrobiy said at a briefing. According to him, under the Gefest Group pilot project, it is planned to build a service and investment structure with the introduction of a modern IT system throughout the entire cycle of work with toxic debts based on EU standards. Building an efficient service mechanism, procedures for servicing and working with distress assets is the main task of the pilot project, Kostrobiy said.
Director of the Department for Consolidated Sale of Assets of the Deposit Guarantee Fund of Ukraine Taras Yeleiko said at the briefing that APS Holding’s entry into the Ukrainian market is a landmark event for the Ukrainian non-performing loan (NPL) market.
“We are happy that such players as APS enter Ukraine who can move our market to the best global practices and make this movement irreversible,” he said.
The Deposit Guarantee Fund is one of the key players in the NPL market, which manages assets totaling more than EUR 18 billion, which were received as a result of the bankruptcy of more than 90 banks in the period from 2014 to 2018.

Uber plans to launch the Uber Shuttle pilot project, a servicing to book a seat in a minibus that will drive from one pre-arranged location along a fixed route to another pre-arranged location within the city, in Kyiv in May 2019, the press service of Uber has told Interfax-Ukraine.
This service is also available in Cairo (Egypt) and Monterrey (Mexico).
Uber said that during the pilot project, customers will be able to book a seat in the minibus via the Uber application.
“Uber strives to become a multimodal platform for personal mobile services, giving users access to various modes of transport with the click of a button, so that they can move around the city without need of having their own car. With the pilot launch of Uber Shuttle in Kyiv, we offer the experience of using this service to users here in Ukraine,” the press service said, citing Europe, Middle East, and Africa (EMEA) Head at Uber Pierre-Dimitri Gore-Coty.
The company said that the main goal of the pilot project is the use of Uber technology, to offer Ukrainian users another alternative way to travel around the city.
“This pilot project is part of Uber’s mobility strategy available on the platform,” Uber said.
Gore-Coty also said that Ukraine is very important for Uber, and the company will continue investing in the country, promoting new products on the Ukrainian market.

The first energy cooperative Soniachne Misto plans to launch a pilot project for the construction of a solar power station with a capacity of 100-150 kW at the expense of crowdfunding in Slavutych in 2019.
This was announced by Soniachne Misto head Andriy Zinchenko at the third Ukrainian-German forum “BEA: Bioenergy, Energy Efficiency and Agribusiness” in Kharkiv.
“The city leases several municipal houses to the cooperative, on which solar power stations will be built for the funds raised. Energy from the solar plants will be sold at feed-in tariffs. Part of the profit will be paid to cooperative members, another part will be redistributed for energy efficient measures in the city,” Slavutych Mayor Yuriy Fomichev said at a press briefing.
“Legally, we will conduct campaigns for the sale of shares in the cooperative, the yield will be verifiable depending on the size of the contribution,” Zinchenko told Interfax-Ukraine.
“The model provides for a dynamic approach to the size of contribution depending on the city and station size. In Slavutych, we focus on EUR300-400, but it will be possible to make larger contributions or take several shares,” Soniachne Misto co-founder Oleksiy Mykhailenko said.
According to the founders of the cooperative, the capacity of the pilot project of solar plants will be 100-150 kW, the approximate cost is $100,000-150,000.