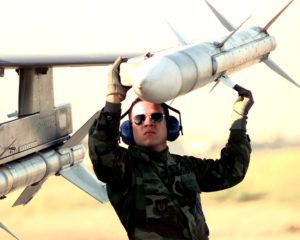 Head of the Iranian Civil Aviation Organization Ali Abedzadeh called scientifically untenable the version of Western countries that the Ukrainian passenger plane crashed near Tehran this week was shot down by an Iranian missile. According to Press TV, he said this version as “illogical rumors.”
“So far what I can tell you is that the plane has not been hit by a missile, and we have to look for the cause of the fire,” he said.
He added what could be said was that the plane had not been hit by a missile and was likely on fire before it crashed. 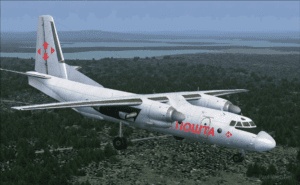 Nova Poshta Group of Companies has started testing aviation delivery service within Ukraine and now draws out new delivery formats.
“Boxes of Nova Posta are travelling between cities with million-plus cities by plane. Not all so far because we are still testing the air delivery service,” Nova Poshta reported on its official page in Facebook.
The testing flight Kyiv-Lviv started in the second part of August 28.
“Today we sent the first test flight Kyiv-Lviv-Kyiv! This means that we will soon offer customers delivery on the same day from Kyiv to Lviv, and then to Kharkiv, Dnipro and Odesa. And also we will connect the cities of western, eastern and southern Ukraine with guaranteed delivery on the next day,” Nova Poshta co-owner Volodymyr Popereshniuk wrote on Facebook.
Nova Poshta, founded in 2001, is the leader in the local express delivery market. The company’s network consists of over 3,300 offices throughout Ukraine. 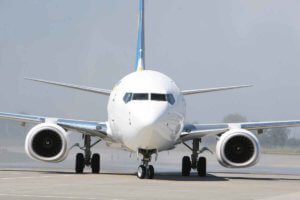 Ukraine International Airlines (UIA, Kyiv) has expanded its fleet with the third Boeing 777-200 ER plane. The press service of the airline reported that the plane received the UR-GOC registration number. UR-GOC aircraft accommodates 361 passengers in three-class cabin configuration, i.e. Business Class, Premium Economy Class, and Economy Class.
UIA will operate the aircraft on regular routes between Kiev and New York, Beijing, and Bangkok.
In 2018, UIA has received seven planes: three long-haul Boeing 777 and four medium-haul Boeing 737-800 NG, including three planes from the Boeing plant. In Q2 and Q3 2018 the airline plans to expand its fleet with two more long-haul Boeing 777 and two Embraer 195 planes. Ukraine International Airlines was founded in 1992. It connects Ukraine with more than 50 cities and key points in Europe, Asia, America, Africa, the Middle East and the CIS countries and provides connection with the routes of partner airlines in more than 3,000 cities of the world. UIA performs more than 1,100 regular flights a week.
The fleet consists of 43 airplanes of different modifications, including 30 medium range Boeing-737 NG aircraft. One of the ultimate beneficiaries of the company is businessman Ihor Kolomoisky.