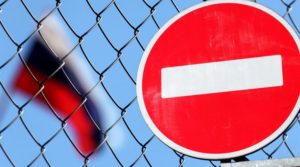 The Ukrainian government has broadened its list of banned Russian commodities to include Portland, alumina, blast furnace, sulfate resistant, and similar types of neat cement, both dyed and non-dyed, ready-to-use or clinker, as well as plywood, veneered boards, and similar plywood materials.
The decision was made at a government meeting on Wednesday.
“It is prohibited to import into Ukraine such groups of Russian commodities as industrial goods, mineral fertilizers, agricultural products, and transportation vehicles, including cement and plywood,” the Ukrainian First Deputy Prime Minister and Economic Development and Trade Minister, Stepan Kubiv, said presenting the resolution.
According to the Ministry of Economic Development and Trade, Ukraine imported almost $17 million worth of cement products from Russia in 2018, while plywood imports amounted to $19.7 million over that period.