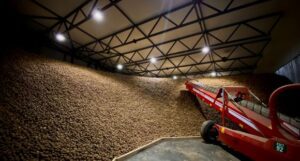 Continental Farmers Group agricultural holding put into operation a potato storage facility in the village of Chukva (Lviv region), designed for simultaneous storage of up to 16,000 tonnes of potatoes, investments in the project amounted to UAH 111.4 million, according to the website of the group.
“After launching a new complex in the village of Chukva, our company has the ability to simultaneously store over 100,000 tonnes of potatoes and supply them to our customers throughout almost the entire year with the preservation of quality indicators,” Continental Farmers CEO Georg v. Nolcken said.
Construction work at the facility with a total area of over 6,000 square meters was conducted during 10 months. The storage is zoned into six chambers for bulk storage of potatoes with a total capacity of 2,650 tonnes each, its shelf life is about 10 months.
Continental Farmers Group said that the floor of the potato storage is equipped with forced air systems that evenly distribute ventilation around the entire perimeter of the building, this technology is used for the first time in Ukraine.
The agricultural holding indicated among its priorities the cultivation of potatoes: chips, seed and food varieties. The total area under potatoes in the current production season amounted to 1,800 hectares, its harvest is stored in warehouses in Ternopil and Lviv regions with a total capacity of 103,000 tonnes. The group also has its own starch plant.
Agroholding Mriya and CFG, united under the name Continental Farmers Group, have been operating as a single business since November 2018.

POTATO AND VEGETABLES PRODUCTION IN UKRAINE DOWN 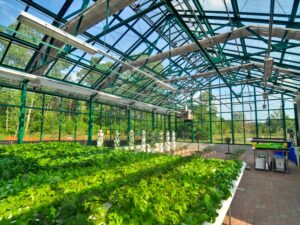 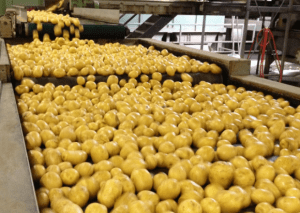 This is stated in a posting on the website of the Lviv Regional State Administration.

“We grow potatoes and cooperate with the Frito-Lay company, which produces chips. Now every sixth pack of chips of this company is made from our potatoes, and in general, this is every tenth pack in Ukraine. Ambitious plans are that every fourth pack in Ukraine was from our potatoes,” member of the Board of Directors and a representative of the Finnish Investment Fund Oleh Drin said.

According to the administration, investors from CPG Ukraine and Governor Maksym Kozytsky discussed the working aspects of the project, in particular the permits for the construction of a potato processing plant. CPG also discussed the possibility of repairing the Zastavne-Hlyniany road in 2021 with the regional administration.

The administration said that the company, founded by a group of farmers from the U.K. and Finland, plans to invest about $7 million in a project for waste-free processing of potatoes (including starch) and create about 50 jobs.

“For the profitable operation of the plant there is a great need for raw materials. We plan to establish cooperation with local farmers and build an effective process for growing and supplying raw materials to the plant. We plan to cooperate with USAID on the development of farming and in the future to establish a process for purchasing potatoes from farmers,” Drin said.

According to the administration, CPG in 2020 grew 15,000 tonnes of potatoes in Kamianka-Buzka and Sambir districts of Lviv region on a total area of 700 hectares.

TODAY UKRAINE HAS 300,000 TONNES OF POTATO STORAGE FACILITIES AND LACKS 1.2 MLN TONNES OF THEM 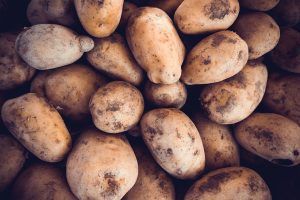 Ukraine today has potato storage capacities of 300,000 tonnes with the minimum necessary level to meet the domestic needs being 1.5 million tonnes, Director of the Ukrainian Association of Potato Producers Oksana Ruzhenkova has said.
“Today, Ukraine has 300,000 tonnes of potato storage facilities. Over the past five years, 350,000 tonnes of storage facilities have lost their usability. The domestic demand is at least 1.5 million tonnes,” she said at a press conference at Interfax-Ukraine.
According to Ruzhenkova, this year the state plans to allocate UAH 400 million from the budget for the development of horticulture, and under this program, potato producers see the potential for using funds to compensate for the construction of storage facilities.
“If about UAH 200 million is left for our needs [out of the total amount of funds under the gardening program], we will be happy. We will build potato storages for 100,000 tonnes and Ukraine will be able to at least slightly reduce the deficit. Some 100,000 tonnes of storages from scratch need about EUR23 million and we can build it based on surveys of the association,” she said.
She noted that until 2014 domestic potato consumption in Ukraine was estimated at 7 million tonnes, now it is about 4.5 million tonnes with production standing at 20 million tonnes. Some 95% of potatoes are grown in home gardens. The processing capacity in Ukraine is only about 250,000 tonnes of potatoes. Ukraine exports small volumes mainly to Moldova, imports about 270,000 tonnes from the Russian Federation and Belarus.

UKRAINE UPDATES RECORD OF IMPORT OF VEGETABLES AND POTATO 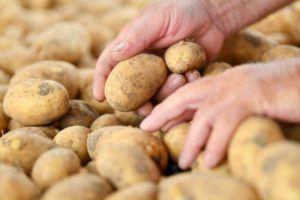