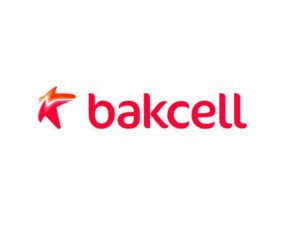 The group of the seller in a transaction to acquire Preludium B.V. (the Netherlands), through which MTS Group owns the second largest mobile communications operator in Ukraine, PrJSC VF Ukraine (Vodafone Ukraine), by Azerbaijan’s Bakcell telecom operator will terminate control over Preludium B.V.
According to the decision of the Antimonopoly Committee of Ukraine (AMCU) of October 24, 2019, published on the agency’s website on Tuesday, the parties to the transaction have already agreed on the obligations of the Luxembourg subsidiary of MTS Allegretto Holding Sarl to refrain from competing with Vodafone Ukraine for three years territory of Ukraine.
In addition, PJSC Mobile TeleSystems undertakes not to lure employees (unless otherwise agreed between the parties) and Vodafone Ukraine suppliers.
According to the document, at present Bakcell LLC does not carry out economic activities in Ukraine. He is controlled by an individual a citizen of Azerbaijan and business entities non-residents of Ukraine, forming the Bakcell group.
Bakcell, founded in 1994, is the mobile communications operator and a leading provider of mobile Internet in Azerbaijan. It operates in GSM, UMTS and LTE standards.
Bakcell network consists of more than 7,500 towers, covers 93% of the territory (excluding occupied territories) and 99% of the population of Azerbaijan. The company has more than 3 million subscribers.
According to the results of 2018, Vodafone Ukraine reduced its net profit by 18.1% compared to 2017, to UAH 1.8 billion. The company explained this figure as an increase in costs due to the active deployment of 4G and 3G networks.
Vodafone Ukraine is fully owned by Preludium B.V. It is part of the international MTS Group, which shares are listed on the New York Stock Exchange.