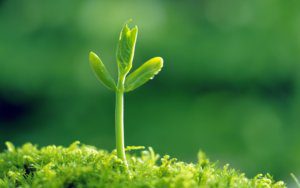 Mriya Agro Holding has launched its first crop protection chemical mix station in Khorostkiv, Ternopil region, to the tune of UAH 1.8 million. “We’ve launched a station to mix crop protection products in Khorostkiv to reduce the use of chemicals to a minimum and increase the speed of their application. The payback of the station in keeping with our estimates will be 12 months. Initially, the cost of the station was estimated at UAH 2.5 million, but we managed to reduce to UAH 1.8 million thanks to its re-equipment and refinement. We plan to launch 15 more such stations at all clusters of the agricultural holding,” head of Mriya Agro Holding’s agronomic department Oleksandr Khmeliuk said at a press conference.
According to him, the holding plans to approve a strategy in November 2018 for the construction of mix stations with a model design of the station, which will be used by all clusters of Mriya.
“Then it will be possible to evaluate the needed investments and the timing of the construction of stations for mixing crop protection products,” Khmeliuk said.
Mriya Agro Holding is a vertically integrated agro-industrial holding founded in 1992 by Ivan Huta. Today, its land bank is 165,000 hectares. The capacity of its silos and grain storages is estimated at 380,000 tonnes.