CABINET OF MINISTERS OF UKRAINE DECIDES NOT TO FINANCE PRYDNIPROVYA AIRPORT 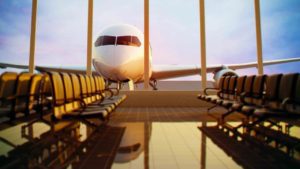 The Cabinet of Ministers of Ukraine has decided not to finance designing and building the Prydniprovya airport in favor of designing and building the Dnipropetrovsk airport (both are located in Dnipropetrovsk region), according to government resolution No. 1010 dated December 4, 2019 posted on the government’s website.\
“To recognize government resolution No. 536 dated June 19, 2019 approving the procedure for using the funds provided for in the national budget for the design and construction of the Prydniprovya Airport in Dnipropetrovsk region to be invalid,” the document says.
As reported, state-owned enterprise (SOE) Financing of Infrastructure Facilities announced a new tender for the development and examination of the construction of the Dnipropetrovsk airport.
The regional administration and a private investor will work on the airport project as well. Using the government funds, a 3.2 km runway equipped with modern navigation systems, meteorological and light-signaling equipment will be built. The new international terminal and a VIP terminal in a single complex will be built by Ukraine’s DCH industrial and financial group. It is planned that it will have a high throughput – up to 1,000 people per hour.
The total project cost is UAH 4.8 billion.