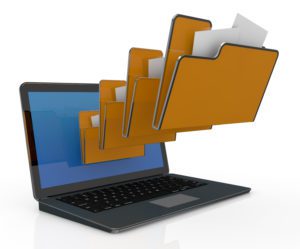 Minister of the Cabinet of Ministers of Ukraine Dmytro Dubilet has said that from October 1, electronic document exchange between public bodies will start working, and full digitalization of document circulation will take place in the next one or two years.
“Every month, government agencies send to each other, through general and specialized postal services, tens, if not hundreds of thousands of paper documents. We intend to stop this from October 1,” he wrote on his Facebook page on Tuesday.
In this regard, Dubilet expects that on September 4 a decision will be made at a government meeting.
“Yesterday, the media spread the news that we want to ban paper work. Unfortunately, a mistake has crept in here. Document exchange is the exchange of documents between authorities. Document flow is the process of approving documents within government agencies. So far, we are only talking about document exchange. And full digitalization of workflow is a task for the next one or two years,” the minister added.
He also said that there are a number of documents that cannot yet be digitized due to laws.
“We will carefully analyze them and also digitize them, but for this it will be necessary to change the laws. I hope that by the end of the year we will submit proposals to the Rada,” Dubilet wrote.
Among other things, he said that after the translation of documents into electronic format, their revision will begin on the subject of the need for their existence.