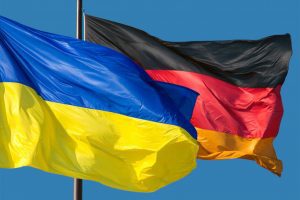 The Cabinet of Ministers has approved a draft decree on signing of the joint statement between the governments of Ukraine and Germany concerning the beginning of the energy cooperation and commissioned acting Energy Minister Olha Buslavets to sign it.
The respective decision was taken without a discussion at the government’s meeting on Wednesday.
“I hope this will give an impetus to our cooperation in the fields of renewable energy and energy efficiency. The experience of Germany in the fair transformation of coal regions is also important for us,” Prime Minister Denys Shmyhal said at a government’s meeting.
According to the text of the draft decree, the sphere of cooperation between the governments of Ukraine and Germany, in particular, are the development of renewable energy and its integration into the energy network, the development of energy efficiency, the improvement of conditions for private investment in sustainable energy, the exchange of innovations in this field.
An explanatory note to the draft decree states that Ukraine’s energy sector reform is being carried out as a part of its development and implementation of the New Green Deal initiative of the European Commission and in accordance with the Green Energy Transition Concept until 2050.
The signing of the joint statement will create a platform for establishing bilateral cooperation on the development of sustainable energy and will help reduce the use of minerals, reads the document.