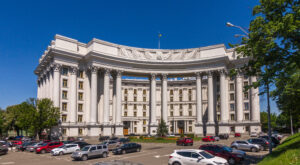 Another 580 foreign companies remain to work in the Russian market and do business there “as usual”, while they left Russia or stopped operations there 1,439 thousand. international companies from 70 countries and 55 different industries, said Minister of Foreign Affairs of Ukraine Dmitry Kuleba.
“Currently, there are 580 more companies on the Foreign Ministry’s radar, which continue the so-called business as usual from Russia, that is, they pretend that nothing has happened,” he said on Instagram on Monday.
The Minister added that the Ministry of Foreign Affairs has sent to eight of the largest international corporations to stop working in Russia, these are system players in the Russian market. Without receiving a reaction, the ministry intends to continue working with them in another plane.
“We can’t order them to leave. But we need to work from different sides,” Kuleba said.