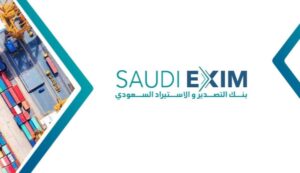 Export-import bank SAUDI Exim Bank (Saudi Arabia) will provide state-owned Ukreximbank (Kyiv) with $ 25 million in financing as the first stage of support for importers of Saudi goods, services and products in the Ukrainian and neighboring markets.

The framework agreement signed on October 13 during the Berne Union’s Annual General Meeting in Budapest (Hungary) is the first in the history of Ukreximbank to be signed with Saudi Arabian banks, the Ukrainian bank said.

“The beginning of our cooperation with SAUDI Exim Bank will give impetus for the further development of international cooperation between Ukraine and the Kingdom of Saudi Arabia, will contribute to the implementation of joint projects in various sectors of the economy and the strengthening of trade ties, which have been developing intensively in recent years,” deputy chairman of the bank’s board Oleksandr Schur said.

Earlier in August, SAUDI Exim Bank CEO Saad Alkhalb announced the approval of more than 80 funding requests for 9 billion Saudi riyals (about $ 2.4 billion) for more than 46 countries over the course of the year to fill funding gaps and reduce export risks for Saudi products in the world. All these decisions were made as part of the implementation of Saudi Vision 2030, which provides for reducing the dependence of the economy of Saudi Arabia on oil, according to the Ukraine in Arabic online edition.

According to the information on the official website, SAUDI Exim Bank was established in 2020 and is the state export agency of the Kingdom of Saudi Arabia. The bank focuses on building capacity in high-growth industries, improving Saudi Arabia’s trade balance and strengthening the economy in non-oil industries, and provides exporters with the opportunity to promote the development and diversification of Saudi Arabia’s non-oil exports.