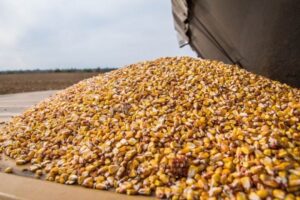 Seed Corp (Cherkasy), the Ukrainian division of the American company Remington Seeds, on September 15 launched the first stage of a corn seed production plant in the village of Helmiaziv (Cherkasy region), a project worth $ 30 million and a capacity of 2.2 MW was connected to the power grid in a short time – in two months, according to the website of PJSC Cherkasyoblenergo.
“For the first time in my practice, a contract was signed, and exactly two months later, as they say, on a day-to-day basis, the 2.2 MW plant was connected to electricity. This was the result of a lot of joint work, when any approvals were carried out quickly and efficiently,” co-founder of Seed Corp Serhiy Tereschuk said.
According to the data of Cherkasyoblenergo, the construction of the first stage of production lasted 3.5 months. To provide the plant with raw materials, Seed Corp uses 3,960 hectares of irrigated land, and the company also purchased more than 20 units of special equipment for crop production. About 150 people were employed at the enterprise.
During the opening of the plant, Deputy Minister of Agrarian Policy and Food Taras Dzioba noted a favorable investment climate in Cherkasy region, as investors increasingly choose Cherkasy region to open their enterprises.
“Such events really inspire me more than the opening of grain terminals. This is much more important because it makes it possible to increase supply chains, increase added value in the Ukrainian agricultural sector. This is exactly what we must work on,” the official said.
Cherkasyoblenergo specified that about 20 organizations were involved in the construction of the first stage of the project.