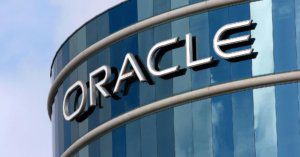 U.S. Agency for International Development USAID has provided the Pension Fund of Ukraine with an Oracle server system worth $1 million, which will improve the operational work of the fund. The U.S. Ambassador to Ukraine Marie Yovanovitch announced the transfer and purchase of the Oracle system of the unified Oracle SuperCluster M8 system at a press conference in Kyiv on Tuesday, an Interfax-Ukraine correspondent reported.
“I am officially handing over this system,” she said.
After that, Yovanovitch handed the certificate to head of the Pension Fund Board Oleksiy Zarudny.
According to the ambassador, this equipment will allow to optimize and improve the operational work of the Pension Fund of Ukraine.
Yovanovitch noted that the trust in the pension system is the most important in carrying out this reform.