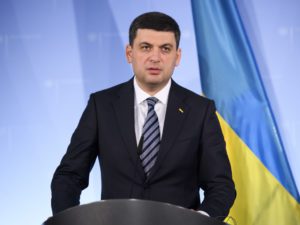 Prime Minister of Ukraine Volodymyr Groysman has initiated the creation of the Fund of the Future, a fund that will become the basis for financing social programs, while the source of these funds will be privatization, the deshadowing, demonopolization, and deoligarchization of the economy. “I want to create the State Fund of the Future, to which we will send funds from mines, privatization, and deshadowing. Funds from monopolies, oligarchs should be attracted there,” the head of government said on the air of ICTV Channel on Sunday evening.
Groysman noted that the money will be used to educate children, solve other problems. “Such funds were created in developed countries. And I would like such a fund to be established in Ukraine,” the premier added.