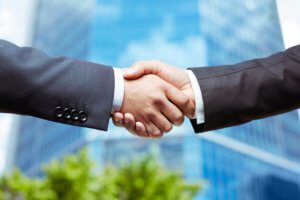 Deputy Chairman of Kyiv City State Administration (KCSA) Dmytro Davtian on June 18 discussed the possibility of mutual partnership with a delegation from Shanghai led by Vice Mayor Xu Kunlin, the administration’s press service has reported.
The parties agreed to expand and deepen mutual cooperation not only in the infrastructure and transport spheres, but also in tourism and IT industry.
“I consider China as a whole and Shanghai in particular as extremely important strategic partners for Kyiv. I am convinced that we should develop not only infrastructure and road areas that we have already outlined as promising. I’ve been in China twice in the past few months and I understand that the country is worthy of contacts as a technological leader and as a tourist destination. There are many areas. Shanghai’s development figures are impressive, and we would like to not just learn from experience – we prefer to be full partners with interesting investment projects,” Davtian said.
According to him, Kyiv has serious prospects for development, especially, “if we choose for orientation the cities that are developing in a reasonable and planned manner.”
“Shanghai is not only ready to sign official documents with Kyiv. Guests from China want a really warm partnership, and we support it, we are determined to be mutually beneficial,” Davtian said.
KCSA is planning a working visit of Ukrainian officials to Shanghai, as well as Ukraine’s participation in the first China International Import Expo, which is to be held in Shanghai in November.
Some 128 countries have already confirmed their participation in the exhibition, the guests said.