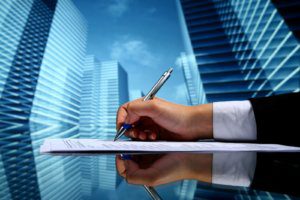 The government of Ukraine plans on April 27, 2018 approve a list of large facilities with assets worth over UAH 250 million for the privatization in 2018, acting Head of the State Property Fund (SPF) Vitaliy Trubarov has said. “At a meeting of the government to be devoted to the privatization scheduled for April 27 we will receive the finished list of large privatization and approve the requirements,” he said. Trubarov recalled that according to the new law on privatization that took effect on March 7, all facilities are divided into two groups: large and small. The fund makes decisions on the lists of small privatization. For this year the fund has approved a list of 660 small facilities.
The SPF head said that the sale of facilities in line with the new law will start after May holidays.
Trubarov also expressed opinion that in the coming five or seven years large Ukrainian companies like Ukrzaliznytsia or Ukrposhta would not be placed to the privatization lists.