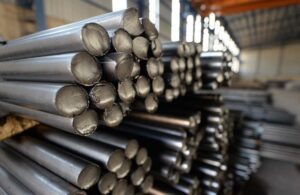 In the first ten days of October, an upward price trend continued on the regional iron markets under the influence of the rise in prices for scrap metal and iron ore raw materials, Ukrainian Industry Expertise (UEX) said in a press release on Monday.
At the same time, in the U.S. market, consumers are under pressure from a deficit and a rapid rise in prices for high-quality scrap grades, so buyers are forced to return to contracting cast iron. Also, most of them are trying to accumulate sufficient stocks for the winter, buying large quantities without waiting for the rise in prices for raw materials. Despite the growth in demand and prices, producers of raw materials are in no hurry to unload warehouses, as they expect to maintain an upward trend in the coming month. As a result, cast iron quotes increased to $600-610 per tonne CIF.
A significant rise in the cost of flat products and a shortage of material on the Italian domestic market pushed the quotes for cast iron to rise to $590-595 per tonne CIF. The factories are experiencing a supply deficit driven by an increase in cast iron consumption in Turkey and the United States.
According to forecasts of the UEX analyst Yuriy Dobrovolsky, in the coming weeks the quotations of cast iron will increase amid the rising cost of scrap metal and the exhaustion of stocks at large importers. The prices will also be supported by a low supply from the main suppliers from Russia and Brazil, as well as the active creation of winter stocks by the main importers in Turkey and the Asian region.
In the second half of October, scrap prices continued to rise rapidly due to the catastrophic shortage of raw materials and the active formation of winter reserves by large importers of scrap.
In Turkey, deals are being made in all directions, with buyers willingly making concessions to suppliers, fearing that the upward trend will continue in the near future. The problem remains with the prompt supply of material for the current production programs amid weak internal scrap procurement. As a result, at the beginning of the second decade of October, quotations of scrap HMS 1 & 2 (80:20) rose to $500 per tonne CIF, which is $25 per tonne more than a week earlier. Crushed raw materials are traded by $10 per tonne more – at the level of $510-515 per tonne CIF.
In the Asian market, scrap prices are also moving rapidly upward on the back of growing demand for long products and a lack of supply in the domestic market. Japanese scrap suppliers noted an increasing demand for the material in the domestic market, which limits the volume of supplies to foreign destinations. As a result, scrap HMS1 rose in price to $490 per tonne CIF.
UEX analysts predict in the near future an increase in the price of scrap metal in connection with the replenishment of stocks by the largest buyers and the creation of reserves for the winter period. The quotes will also be supported by the dwindling supply of material from American and European suppliers, who feel a shortage of scrap in the domestic markets of their countries.

UKRAINIAN METALLURGICAL ENTERPRISES CONCERNES ABOUT SITUATION IN STEEL MARKETS DUE TO U.S.’ DUTIES 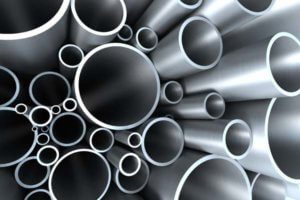 Ukrainian metallurgical enterprises are seriously concerned about the changing situation in the world metal products markets in connection with the United States’ introducing 25% duties on steel imports, in particular, from the European Union. President of the Ukrmetalurgprom Association Oleksandr Kalenkov told Interfax-Ukraine the decision was expected, but it carries significant risks for Ukrainian steel products, especially in the context of duties with regard to the EU.
“If steel supplies to the United States from Ukraine make up 1.3%, then to the EU more than 30%. Moreover, a few weeks ago Turkey also announced a protective investigation after the introduction of protective measures by the U.S.,” the agency said.
At the same time, the head of the association noted that the markets of the EU and Turkey are priority for the supply of Ukrainian steel products.
“More than half of total exports of Ukrainian steel products worth over $5 billion fall under the risks of protective measures of the EU and Turkey,” Kalenkov said.
Dniprovsky Metallurgical Plant, in turn, told the agency at present there are no changes in the sale of metal products