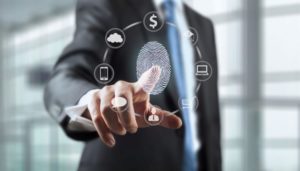 Advisor to the president of Ukraine Mykhailo Fedorov at a meeting with the representatives of the Interior Ministry, the State Migration Service and the Ministry of Justice has discussed the implementation of the national system of citizens identification.
“In the world of digital economy, citizens, businesses, the government are participants in an invisible interaction with each other through the Internet and various online systems, and therefore to establish trust, carry out relevant transactions and receive electronic services, the identification of citizens or enterprises is an important step,” he said.
According to him, the non-availability of a unified identification system in Ukraine led to incoherence of information about persons in state information resources, which makes it impossible to adequately search and reconcile data in state registries, creating the possibility for manipulating and distorting information.
The introduction of a national identification system along with the development of alternative BankID and MobileID allows changing the “paper” system of interaction and is a key element of the programs “State in Smartphone” and “Digital Economy”.
According to Fedorov, it is also important to streamline the development of digital identification in Ukraine with the relevant EU regulations (eIDAS).

Lawyers are waiting for the launch of a short message service (SMS) notification system for summoning parties to court hearings from March 1, provided by the Unified Judicial Information and Telecommunications System (UJITS).
Yulia Stusova, a senior lawyer at the Evris law firm, and Andiy Hradov, a junior lawyer at the same firm, told the Kyiv-based Interfax-Ukraine agency that new versions of procedural codes, which entered into force in December 2017, contain, among other things, provisions for changing the procedure for notifying participants in a lawsuit.
The main novelty of the notification system for participants in the judicial process is the gradual introduction of the UJITS, through which participants in the case and the court will be able to carry out electronic exchange of procedural documents. In addition, the court will be able to send parties orders to open proceedings and summon parties to the court session.
The lawyers said in criminal and civil proceedings, alerts to participants about court sessions will be sent via the short message service provided by mobile operators, which was first introduced in 2013. The SMS notification system will be ensured via a fixed message or summons. To use SMS alerts, there should be a written statement from a participant in the case and the court should be technically capable of handling such a notification system.
“In practice, the courts have for a long time informed the participants of the case about the court hearings by e-mail, sending decisions and summons to the addresses indicated in the documents submitted by the parties (statements of claim, comments, etc.) simultaneously with the sending of such documents by means of postal communication. Changes introduced by the new editions of the procedural codes contributed to the relevant practice,” Stusova and Hradov said.
The lawyers said existing procedural codes provide that the statement of claim and the response to the claim must necessarily contain information on the numbers of means of communication, official electronic addresses and email addresses of the parties and other participants in the case. Moreover, if such information is not specified, it becomes the reason for leaving these claims without action.
“Based on our own experience, we can say that receiving email notifications about court hearings is very convenient and saves time, which is usually spent on obtaining relevant information in court, including by telephone,” the lawyers said.
As earlier reported, the UJITS will begin operating on March 1, 2019 and will consist of the following modules: the single contact center of the judicial authority of Ukraine (its toll-free number is 0-800-501-492), a single subsystem for managing financial and business processes, the official electronic address (Electronic Cabinet), the official web portal “Judicial Power of Ukraine” (court.gov.ua), the State Register of Court Decisions, the Electronic Court subsystem, the Automated Distribution, and the Judicial Statistics module.
The UJITS was launched in the trial mode on January 1, 2019.