Up to 300 athletes from all over Ukraine and sports delegations from Moldova and Armenia are expected. Organizers guarantee compliance with all safety regulations in accordance with the requirements of the adaptive quarantine. 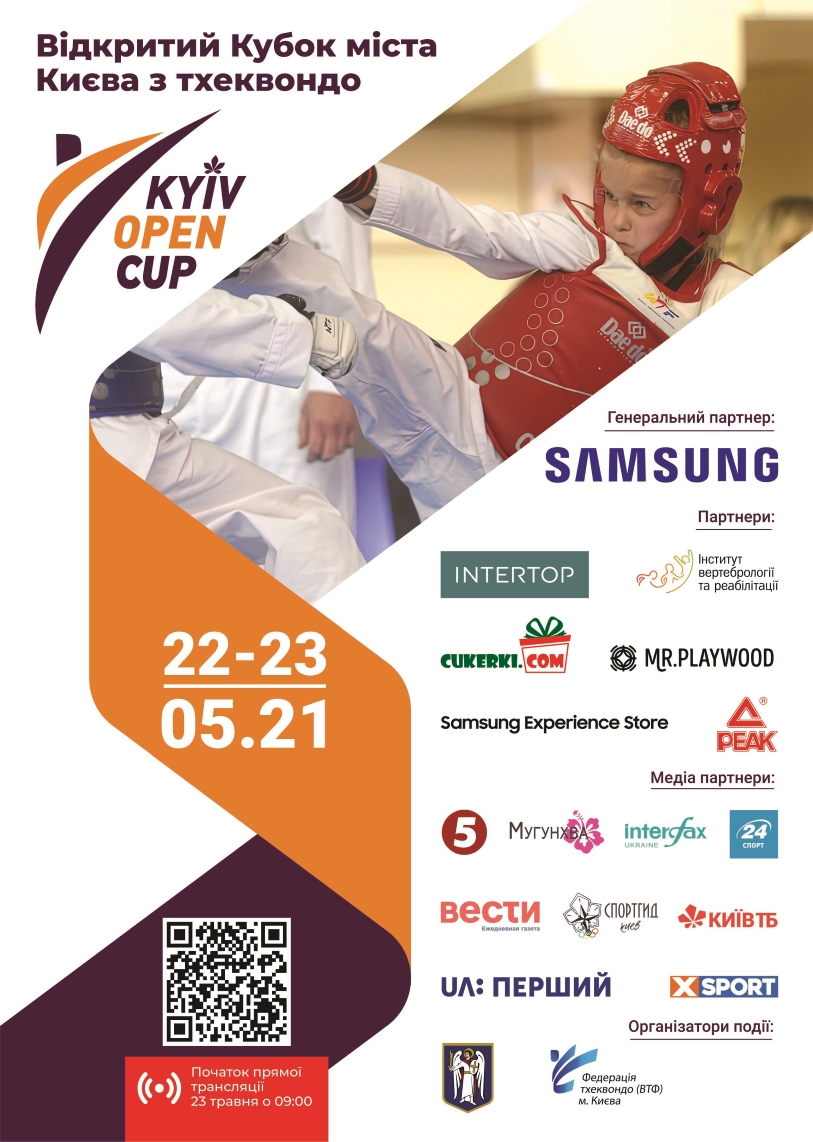 An online broadcast for viewers and fans will take place on the Xsport Youtube channel at the link:

Competitions are going to be held in the Kyorugi and Poomsae sections. Athletes in 6 age categories from the ages of 6 to 30+ years old will compete for victory:

Registration for the tournament will be carried out on the website kihapp.com

Separate broadcasts are going to be organized on the official page of the Kiev Taekwondo (WTF) Federation on Facebook https://www.facebook.com/UATaekwondo/

The main purpose of the tournament is to popularize taekwondo as an Olympic sport and its philosophy, as well as to educate the comprehensive harmonious development and physical improvement of children and youth.

E-mail of the tournament organizers: kievtaekwondo@ukr.net

The Kyiv Open taekwondo tournament began its history in 2013. During its existence, more than 1200 athletes from all regions of Ukraine, as well as Armenia, Azerbaijan, Moldova and Belarus took part in the competition.

Over the years, the tournament was attended by the President of the National Olympic Committee Sergey Bubka, the Ambassador of the Republic of Korea Kim Eun-Joong (2013) and the consuls of the Embassy of the Republic of Korea in Ukraine, the President of Samsung Ukraine, representatives of the Kyiv City State Administration, the head coaches of the Spanish Taekwondo Federation.