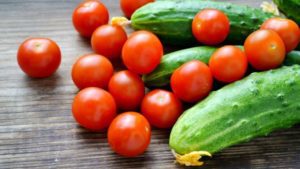 Ukraine in January-June 2019 imported 7,000 tonnes of cucumbers and 55,000 tonnes of tomatoes, which is respectively 38% and 15% more than in the same period of 2018, according to the website of the Ukrainian Horticultural Association. According to the association, the import of both cucumbers and tomatoes in the six months was a record high for the last decade.
The association noted that the export of greenhouse vegetables continues declining. Thus, the supply of tomatoes abroad since the beginning of the year amounted to a mere 970 tonnes, which is three times less than last season. The export of cucumbers also almost halved compared with 2018 and amounted to 1,300 tonnes.
“This trend in the cucumber and tomato markets is explained by the fact that Ukraine has been focused on the Russian market for a very long time, which after the worsening of the political situation between the countries became inaccessible to us. Moreover, domestic producers find it difficult to compete in the domestic market with Turkish products, because the cost of gas and electricity in Turkey is much lower than in Ukraine. Now, Ukrainian producers of greenhouse vegetables require import quotas and the introduction of trade duties for imported products,” Yekateryna Zvereva, the director for development at the association, said.
The loss of the Russian market forced greenhouse owners to seek new sales markets and expand the range of products.
“Today, the main importers of Ukrainian tomatoes and cucumbers are Belarus and Poland, the countries that re-export these products,” the report says. 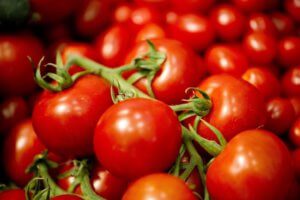 Wholesale buyers in Ukraine currently have faced difficulties with buying the required volumes of tomatoes, and some of them claim shortage of these products on the market, the Ukrainian Horticultural Association has said on its website. According to the report, a lack of tomatoes on the market is linked to several factors. “The main reason is the so-called off-season period at Ukrainian plants, because most of them have already completed the sale of tomatoes from the previous season, while other farms are cleaning greenhouses and offer only residual lots for sale,” the association said.
The Ukrainian Horticultural Association said that this situation provokes a rapid increase in prices for tomatoes. In particular, now manufacturers offer residual lots at UAH 35-38 per kg, prices for off-condition products start from UAH 24 per kg.
“Thus, only in a week, the price of tomatoes in Ukraine went up by an average of 18%. Therefore, prices for Ukrainian tomatoes are already 40% higher than in the second half of November 2017. However, market players hope that this week the situation in this segment somewhat stabilizes, as they expect an increase in imports from Turkey,” the association said.
At the end of October of this year, the Ukrainian Horticultural Association said that the export of tomatoes from Ukraine actually stopped due to the fact that exporters are not able to find the required volumes of products for shipment abroad. 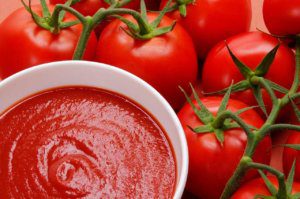 The Agrofusion Group, a large tomato paste and industrial tomato producer in Ukraine, plans to plant and process 630,000 tonnes of tomatoes in 2018, including 9,900 tonnes of organic tomatoes. According to a posting on the group’s website, in 2017, it started producing organic tomato paste. “Last week all growing divisions of Agrofusion has begun tomato seedling transplanting. Favorable weather conditions and timely field preparation allowed to start the transplanting according to the schedule. Transplanting will continue till the end of May,” the company said.
Agrofusion Group, founded in 2007, belongs to businessman Serhiy Sypko. Agrofusion includes three tomato paste production plants with the processing capacity of about 7500,000 tonnes of tomatoes per season, as well as farms in Kherson and Mykolaiv regions, processing 25,000 hectares of irrigated land, and two greenhouse farms.