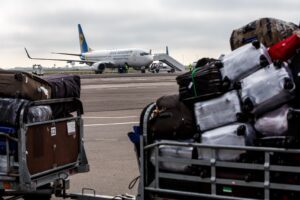 The State Agency for Tourism Development of Ukraine plans to launch a poll campaign of foreign tourists at the border in August or September, Head of the agency Maryana Oleskiv has said.
“We will soon announce a tender, and I think that in August or September there will be such a poll. They will ask the purpose of arrival, time of stay, what people plan to visit, what expenses are planned, etc. This will allow us to understand how many tourists we have from the entire entrance flow, who is this tourist, what are her/his preferences, where does she/he get information from, the purpose of the visit,” Oleskiv told Interfax-Ukraine.
In addition, according to her, the State Agency for Tourism Development will also announce a tender for the purchase of these payment systems.
“Since they will most accurately give us a picture of exactly the costs and composition of costs, as well as show where the foreign tourist comes from and what he spends his money on. This will allow us to more accurately plan our marketing campaigns,” she said.
Among the priority countries for inbound tourism from abroad, Oleskiv named Saudi Arabia, Qatar, the United Arab Emirates, Kazakhstan, Uzbekistan, Azerbaijan, Poland, as well as Israel and China.
“So far, China does not allow its citizens to actively travel. But we are at a ‘low start.’ As soon as we understand that the country starts to provide opportunities for citizens to travel, we will be actively involved,” she said.
Oleskiv expects that in 2021 Ukraine will be able to reach half of the volume of international tourism in 2019, and in 2023-2024 tourism worldwide should return to the pre-quarantine level.

UKRAINIAN TOURISM AGENCY INTENDS TO ASK FOR INCREASE IN FUNDING 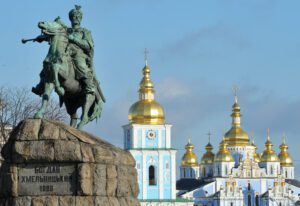 The State Agency for Tourism Development of Ukraine intends to ask for an increase in funding to UAH 700 million, and will also initiate a change in the public procurement for marketing, Head of the agency Maryana Oleskiv has said.
“This year it is enough [UAH 100 million for the development of the tourist potential of Ukraine], since the agency starts using funds with a five-month delay. But in general, this money will not be enough for a large-scale advertising campaign, especially in TV. There is no need to do it, because the TV channels already pick up the content about Discover Ukraine, then abroad it is necessary. But there is not enough money for this, because, for example, a week of digital advertising on the BBC costs $100,000, and even more expensive on TV,” Oleskiv said in an exclusive interview with Interfax-Ukraine.
She said that next year more funds are needed to develop the tourism potential, since Ukraine is not competitive, if we compare, for example, how much Turkey or Georgia spend on such needs.
“For 2021, we plan to give a budget request for UAH 700 million. But here it is worth emphasizing that if we cannot make changes to public procurement and carry out marketing activities a little differently than provided by the ProZorro platform, it will be difficult for us even to use the existing funds,” Oleskiv said.
According to her, given the lengthy procedures for approval and coordination of various documents, which took the agency more than five months, the agency is only now starting to announce tenders for the promotional campaign.
“This model is ineffective for the marketing of the country. Everything must be stable. We cannot stop for six months and not engage in promotion. There must be planning for at least two or three years, the possibility of flexible use of the budget, depending on any changes,” she added.
The head of the State Agency for Tourism Development said that the existing system of public procurement does not allow doing this, which, in turn, greatly complicates the marketing of Ukraine in general.
“Therefore, we will initiate a conversation about amendments to the public procurement law to make a different procedure for marketing procurement. It may need to be some kind of supervisory board from different people from creative fields, or, for example, a tender for one agency per year, which would work with this product within the allocated budget according to a certain plan, changes to which would be made in agreement with this supervisory board. This should be a completely different approach than what exists now,” Oleskiv said.