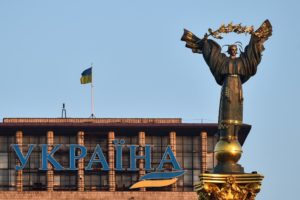 Turkish Airlines is going to shoot a promo video about Kyiv for their new advertising campaign in order to promote Kyiv and increase tourist flows to Ukrainian capital.
This follows from a report of the press service of Kyiv City State Administration referring its deputy head Maryna Khonda.
“Turkish Airlines is the only one company that has launched such a project in Ukraine: shooting of promo videos about cities, where it has regular flights. Today, the flow of tourists from Turkey has doubled, but we consider it insufficient and want to increase it further. Indeed, for example, 15 million people live in Istanbul, but the flow of tourists from Turkey amounted to only about 60,000 for half a year. Tourism is one of our priority sectors, and these videos will help us in promoting our city,” Khonda said during a meeting with General Manager of Turkish Airlines in Kyiv Dincer Sayici.
Filming will take place at the Zoloti Vorota (Golden Gate), Andriyivsky Uzviz, Besarabska Square, Saint Sophia Cathedral, National Opera, Feofaniya Park, Pyrohiv Museum of Folk Architecture and Life of Ukraine and other famous locations.
As reported, the Turkish air operator brought services to over 800,000 passengers on its flights to/from Ukraine that is 28% more than in 2017.
Turkish Airlines (Türk Hava Yolları, THY) was established in 1933 with a fleet of five aircraft. For today has an air fleet of 329 passenger and cargo aircraft. 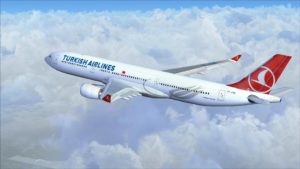 Turkish Airlines in 2018 serviced over 800,000 passengers of own flights to/from Ukraine, which is 28% more than in 2017.
General Manager of the airline Dincer Sayici said at a press conference in Kyiv on Tuesday that the number of transit passengers on international flights increased 25%. The total number of passengers traveling to/from Ukraine increased 14%.
The load factor for flights to and from Ukraine was 71%.
The most popular destinations are Istanbul, Phuket, Guangzhou, Antalya, Miami, Beijing, Maldives, New York and Barcelona.
“The freight traffic of the airline from Ukraine increased by 16% for exports, by 23% for imports compared with the figure for 2017,” Sayici said, without giving absolute figures.
According to him, Ukraine in 2018 took the seventh place in the number of tourists visiting Turkey, showing an increase of this flow by 10%.
In general, Turkish Airlines in 2018 increased the number of passengers carried by 10% compared with 2017, to 75.2 million people. The load factor rose by 1.1 percentage points, to 80.2%. For the year, the airline operated flights to 124 countries in 306 destinations. 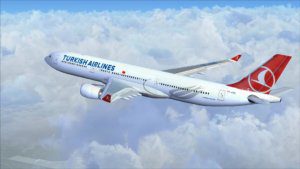 Turkish Airlines (Turkey) from April 6, 2019 will launch direct regular flights from Bodrum to Kyiv once a week.
“We are pleased to announce the opening of a direct flight on the Bodrum-Kyiv-Bodrum route, which is a popular vacation destination among Ukrainians,” director general of the Turkish Airlines representative office in Kyiv Dincer Sayici said.
Bodrum-Kyiv-Bodrum flights will be operated by the Turkish air carrier once a week on Saturdays with departure from Bodrum at 01:15, from Kyiv at 04:40 local time.
The network of Turkish Airlines routes in Ukraine covers Kyiv, Odesa, Lviv, Kharkiv, Kherson, and Zaporizhia. 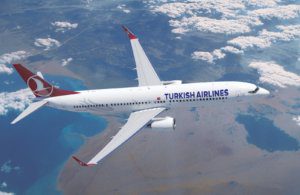 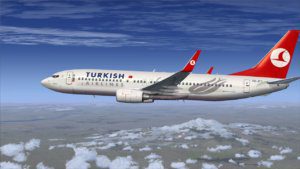