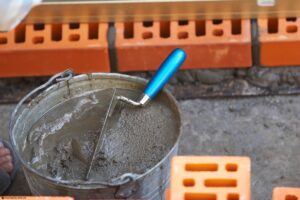 The Interdepartmental Commission on International Trade (ICIT) has decided to apply the final antidumping duties on the import of cement from Turkey to Ukraine for a period of five years, which, depending on the manufacturer, will range from 32.64% to 50.54%.
As stated in an announcement in the Uriadovy Kurier newspaper on Tuesday, the decision of the ICIT of September 2, adopted after considering a complaint from Ukrainian cement producers, will enter into force 30 days after publication.
According to the document, the ICIT rejected proposals from a number of Turkish manufacturers on voluntary written commitments to revise their prices.
According to the State Statistics Service, imports of cement and Portland cement clinkers to Ukraine, classified according to foreign activity codes 2523 10 00 00 and 2523 29 00 00, in the first half of 2021 amounted to 42,290 tonnes for $1.73 million (all from Turkey) and 237,690 tonnes for $11.77 million (Turkey’s share is 97.2% and 95%, respectively).