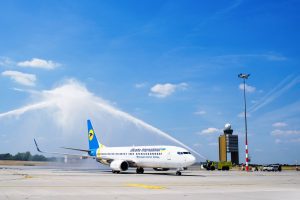 Ukraine International Airlines (UIA, Kyiv) is launching corporate air excursions over Kyiv lasting one hour.
According to the airline’s website, departure and arrival will be carried out from Boryspil International Airport on board an Embraer 195 aircraft with a maximum capacity of 116 seats.
The service is available only for corporate clients, the cost of one seat with a full load of the aircraft is the equivalent of $ 70 in hryvnias.
“A flight over Kyiv is not only an incredible experience, but also an opportunity to learn how aviation works from professionals. During an hour-long excursion, the pilots will tell what they have only heard about before: what are flight maps, echelon and briefing, what kind of weather is considered unfavorable for the flight, and much more,” UIA said in a statement.
The airline also offers custom pricing. 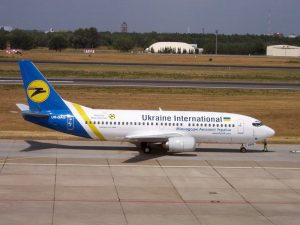 Ukraine International Airlines (UIA) plans to gradually restore the original route network from March 28, 2021.
According to the airline, the launch of dozens of flights will allow to resume air communication between the regions of Ukraine and numerous European countries through the air hub at Boryspil International Airport.
At the beginning of 2021 summer navigation, the airline’s domestic flights will operate in the directions of Kherson, Lviv, Kharkiv, Odesa, Dnipro, Ivano-Frankivsk and Zaporizhia.
UIA plans to operate international flights on 43 routes, including from Kyiv to Amsterdam, London, Paris, Nice, Brussels, Dubai, Helsinki, Copenhagen, Stockholm, Vilnius, New York, Toronto, Rome, Milan, Larnaca, Athens, Delhi, Cairo, Dusseldorf, Munich, Berlin, Zurich, Geneva, Tbilisi, Baku, Yerevan and Istanbul, as well as to Warsaw, Prague, Budapest, Vienna, Chisinau and Barcelona. 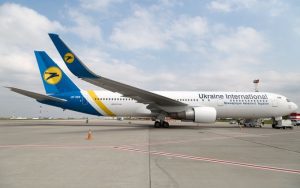 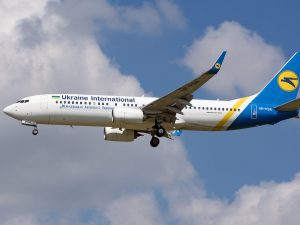 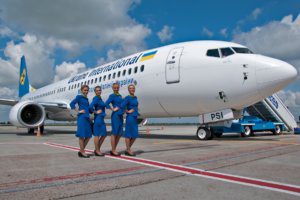 Ukraine International Airlines (UIA, Kyiv), a leading airline in the country, tentatively saw UAH 304.5 million of net loss in 2017 compared with UAH 387.885 million of net profit in 2016. The information is outlined in the agenda of the general meeting of the company’s shareholders scheduled for April 25, 2018.
The company’s assets as of December 31, 2017 were UAH 4.222 billion, which is 16.2% more than a year ago.
Total bills receivable grew by 6%, to UAH 1.763 billion, and uncovered loss – by 12%, to UAH 2.834 billion. Noncurrent liabilities fell by 28%, to UAH 550.9 million and current grew by 21.1%, to UAH 6.214 billion. Net worth last year rose by 12.6%, to UAH 2.542 billion.
Ukraine International Airlines was founded in 1992. It connects Ukraine with more than 50 cities and key points in Europe, Asia, America, Africa, the Middle East and the CIS countries and provides connection with the routes of partner airlines in more than 3,000 cities of the world. UIA performs more than 1,100 regular flights a week.