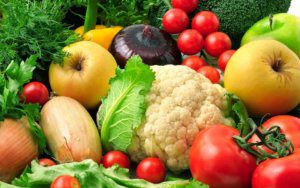 The budget of the Ukraine Horticulture Business Development Project (UHBDP), aimed at grant support to fruit and vegetable producers in the southern regions of Ukraine, is estimated at CAD19 million.
“The budget of the project is more than CAD19 million, of which we have spent less than half as of now. Our task is to maximally use these funds until April 2021 to help small and medium-sized producers in the south of the country,” manager of the project Dmytro Nikolayev told journalists at the second international congress Organic Ukraine 2018.
According to him, full-fledged work within the framework of the project launched in 2014 began in 2016. The preparatory process had lasted for almost two years. UHBDP was looking for partners in the regions.
“We implemented two projects in 2016, four in 2017. We hope that in 2018 two or three more projects will be realized. We are talking about production of goods with additional value,” he said.
As reported, UHBDP plans to issue a $82,000 grant to Agro Patriot to launch a garlic storage and processing facility. Its capacity will be 1,000 tonnes per year.