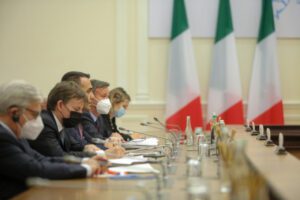 Prime Minister of Ukraine Denys Shmyhal met with Minister of Foreign Affairs and International Cooperation of Italy Luigi Di Maio, who is in Kyiv on an official visit, and discussed with him topical issues of trade, economic and investment cooperation, as well as cooperation in the field energy and infrastructure, according to a government portal on Thursday.
The prime minister said that in 2021 Ukraine will begin the process of privatization of large state-owned enterprises and invited representatives of Italian business to participate in tenders. “The auctions showed great interest on the part of foreign investors, and that the process of large and small privatization can be interesting for the further development of business in Ukraine,” the head of government said.
Shmyhal also noted positive trends in trade between Ukraine and Italy. “Ukraine is ready to offer Italian business the advantages of a deep and comprehensive free trade zone between Ukraine and the EU, in particular, in the format of industrial cooperation, including the implementation of joint production projects,” the prime minister said.
Shmyhal and Di Maio also touched upon the issues of cooperation in the agricultural sector and energy. “The European Green Deal is one of the priorities of our government. We are ready to join efforts aimed at realizing the goals of the Green Deal, and are interested in the development of alternative energy technologies,” the head of government said.
The prime minister invited Italian companies to cooperate in the field of gas production.
Also, the parties discussed interaction in infrastructure projects, in particular, on the development of the railway. “I would like to note the importance of the recently signed Memorandum between Ukrzaliznytsia JSC and the National Railway Company of Italy on the implementation of a high-speed railway communication project. This is an important and promising project. I am convinced that this cooperation has a wide range of opportunities,” Shmyhal said.
Di Maio, for his part, said that Italy strongly supports Ukraine’s European aspirations and the implementation of reforms, including agrarian, anti-corruption, and judicial reforms. 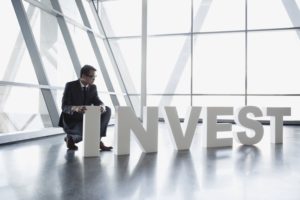 Ukrainian Prime Minister Oleksiy Honcharuk at a meeting with President of Finland Sauli Väinämö Niinistö has invited business of Finland to invest in Ukrainian projects. The press service of the Cabinet of Ministers of Ukraine reported that the talk was focused on the discussion of investment climate in Ukraine and the exchange of experience between Ukraine and Finland in conducting reforms, in particular in education. “Ukraine has many difficult tasks at the same time, in particular, improving the investment climate. We have updated public private partnership tools, as we are interested in attracting investments in large infrastructure projects. We invite Finnish business to participate,” Honcharuk’s press service quotes. The participants in the meeting also discussed the importance of developing international transport routes, including river and port logistics and infrastructure.