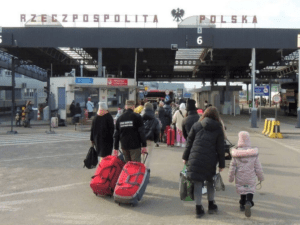 Deputy Head of the Ministry of Internal Affairs of Poland and Commissioner of the Polish Government for Refugees Pavel Shefernaker said that from July 1, the Polish government will no longer pay 40 zlotys a day (about 276 UAH as of June 1) for food and accommodation for Ukrainian refugees and counts on their employment and self-sufficiency, Rzeczpospolita reports.

“We are convinced that many people in Poland are able to become independent and adapt,” Schefernaker told TVP Info, noting that there will be exceptions – for some refugees, benefits will be expanded, these are “disabled, pregnant women or large families.”

The report notes that the Polish government, in a special act on assistance to refugees from Ukraine, initially guaranteed the benefit for the first 60 days, and a month ago extended it for another 60 days, but there will be no further.

“We pay out huge social funds – from PLN 300 for each to PLN 500+ for each child, and other amounts arising from social benefits. In addition, we see that many Ukrainians are looking for work, finding it and coping with everything. We want encourage others to be active. Four months of full protection is, in our opinion, a sufficient period,” a senior politician from the Law and Justice party, who was not named, said in a commentary to the publication.

“Rzeczpospolita” also notes that the government’s decision is dictated by very high costs for the maintenance of refugees. In particular, the Silesian Voivodeship estimated the current costs of 115 thousand refugees at PLN 190 million per month, of which daily payments of PLN 40 per person amount to PLN 160 million.

“We are just starting a wide range of measures aimed at activating Ukrainians in employment. Already 14,000 of them, including 11,000 women, have found legal work in our region. We are waiting for a special act that will help finance Polish language education and refresher courses qualifications, which, of course, will help you find yourself in the labor market,” said the press secretary of the Silesian voivode Alina Kukharzhevskaya.

Mayor of Muszyna, Malopolska Voivodeship, Jan Golba noted that out of 1,300 refugees who once settled in the city, 400 now live in it, of which only 60 people have found work so far. “We hired a doctor, a dentist, nurses and kitchen assistants. It’s a lot and a little. Whoever wants to work will find a job. And who doesn’t want to, nothing will force him. If the government does not pay 40 they probably won’t make it,” he told the publication.

The official exchange rate of the NBU on June 1: 6.82 UAH/PLN 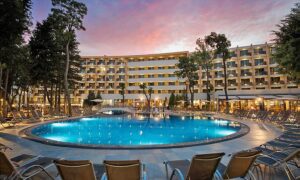 Bulgaria is resettling Ukrainian refugees from resort hotels by the sea to buffer centers in the cities of Sarafovo and Elhovo for further placement in other places of temporary accommodation in the interior of the country, according to the Bulgaria for Ukraine portal.
“We are ending the integration plan for the resettlement of refugees in the interior of the country, with which we sought to meet the needs of the people. All persons who are in hotels and say that they have nowhere to go will be temporarily placed in buffer centers in Sarafovo and Elhovo,” the source was quoted as saying. in the message, Deputy Prime Minister for Effective Public Administration of Bulgaria Kalina Konstantinova.
According to the new plan of the National Headquarters, all Ukrainian refugees will be temporarily placed in buffer centers before being resettled in places of temporary accommodation.
According to the Deputy Prime Minister, the authorities are currently determining the exact number of Ukrainians who have lost their homes at home and intend to take advantage of temporary asylum in Bulgaria.
“I urge those of you who do not need asylum to declare it now. This is the only way we can immediately take care of people who really need it,” Konstantinova stressed.
At the same time, persons who have refused humanitarian resettlement still have the right to free residence in Bulgaria until February 24, 2023, social benefits, the right to work and treatment.
As reported, Bulgaria’s new humanitarian program provides for the resettlement of refugees in lower-class housing, family hotels and guest houses. According to the certificate in the system of the Ministry of Tourism of Bulgaria, the possibility of accommodation in places 1 and 2 stars is 175 thousand beds.
Source: https://ukraine.gov.bg/ 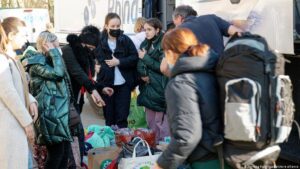 More than 700,000 people have left Ukraine for Germany since the start of Russia’s special military operation at the end of February, European media reported.
According to the newspaper Welt am Sonntag, which refers to the data of the Ministry of Internal Affairs, from February 24 to May 11, 727,205 people were registered in the Central Register of Foreigners of Germany, among which 93% have Ukrainian citizenship. The number of women among refugees reaches about 81%. About 40% of refugees are minors.
The newspaper points out that a significant number of these people could go to other countries of the European Union or return to Ukraine.
According to the International Organization for Migration, about 6 million Ukrainians have left the country since the end of February, going to neighboring countries.

More than 700,000 people have left Ukraine for Germany since the start of Russia’s special military operation at the end of February, European media reported.
According to the newspaper Welt am Sonntag, which refers to the data of the Ministry of Internal Affairs, from February 24 to May 11, a total of 727,205 people were registered in the Central Register of Foreigners of Germany, among which 93% have Ukrainian citizenship. The number of women among refugees reaches about 81%. About 40% of refugees are minors.
The newspaper points out that a significant number of these people could go to other countries of the European Union or return to Ukraine.
According to the International Organization for Migration, about six million Ukrainians have left the country since the end of February, going to neighboring countries. 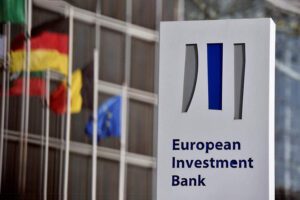 The European Investment Bank (EIB) is preparing a EUR4 billion financing program that will help EU member states take in Ukrainian refugees fleeing the war, as well as ensure the development of critical social infrastructure.
“The new EIB programme, awaiting Board approval, aims to finance the development of key social infrastructure to provide public services for refugees, in particular housing, schools, hospitals and kindergartens,” the bank said on Saturday.
The EIB has pledged to support communities to receive refugees and provide them with critical social services during the international fundraising event in support of the victims of Russian aggression “Stand up for Ukraine”, taking place in Warsaw on this day and organized by the European Commission, the Government of Canada and Global Citizen.
The financial assistance will be complemented by free advisory support to assist local authorities in EU Member States in rapidly assessing local needs and in planning, prioritizing and preparing appropriate investment projects.
“We are all stunned by the terrible destruction inflicted on Ukraine and its citizens, millions of whom are fleeing the country in search of peace and security. The horror that we are witnessing only strengthens our resolve to act,” Bank President Werner Hoyer was quoted in the release as saying.
Through our initial Solidarity Package with Ukraine and this new 4 billion euro program for EU member states, we will support Ukraine and also help: with housing, schools, hospitals. I am deeply grateful to President Ursula von der Leyen and Prime Minister Justin Trudeau for their leadership and for mobilizing the global community for Ukraine. The world must match the exemplary courage and resilience of Ukrainians, as well as help them and those who support them.”
The bank recalled that from March 8 to March 25 it had already transferred EUR668 million to the government of Ukraine for emergency liquidity support.
In addition, the EIB is working to provide further funding to enable the government of Ukraine to continue to provide critical public services for citizens remaining in Ukraine. According to the agreements between Hoyer and Prime Minister of Ukraine Denys Shmygal, these funds are provided to support transport, energy, urban development and digital projects.
The EIB will continue to explore opportunities to support Ukraine and Ukrainian refugees together with the European Commission, in particular through the Social Investment and Skills Window component of the recently launched InvestEU programme, the report also says.
According to the UN, Russian aggression against Ukraine has resulted in 7.1 million internally displaced persons and 3.8 million refugees.
The EIB is the long-term lending institution of the European Union. Its owners are the member states of the European Union. The Bank provides access to long-term financing for prudent investment in order to implement European Union policies. 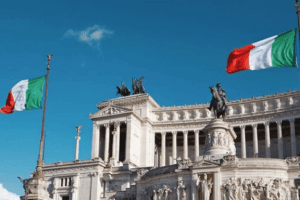 The Italian government has introduced for refugees from Ukraine a period of one-year year assistance program, according to the Daily News.
The corresponding decree was signed by Italian Prime Minister Mario Draghi on March 30.
“A mechanism for temporary assistance to refugees arriving from Ukraine is being established,” the document says.
Ukrainians will have access to the healthcare system, labor market and social benefits.
Italian visas are issued by the police in Italy.
Also, every visitor from Ukraine will be able to receive monthly assistance in the amount of EUR300. Assistance is paid for a maximum of 3 months. The corresponding declaration was signed by the head of Italian civil protection Fabrizio Curcio.