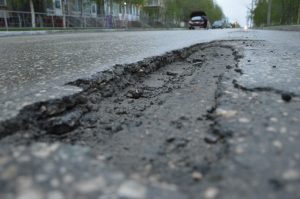 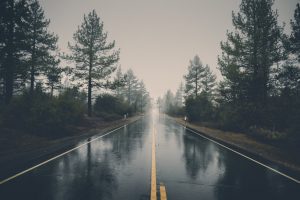 The State Automobile Roads Agency of Ukraine (Ukravtodor) has started overhaul on N-08 road in Cherkasy region on the site from the turn to Kaniv in Sofiyivka village to Pischane village of Zolotonosha district. Ukravtodor said in its Telegram channel that this is the first overhaul in Cherkasy region over the past 12 years.
The agency plans to repair 33.5 kilometers of N-08 road Boryspil-Dnipro-Zaporizhia-Mariupol in 2020.
Under the overhaul of the site, in particular, it is planned to carry out a complex of the following works: regeneration of structural layers of the road surface using cold recycling technology; strengthening the road’s sides and the drainline system from the roadway; construction of the road surface; furniture of auxiliary lanes; construction of road surface and road exits from three layers of asphalt concrete; construction of new landing and stopping areas; furniture of road surface marking and information signs.
In addition, it is planned to repair the bridge over the Supiy River, namely, to install a new monolithic slab and new barrier railings. 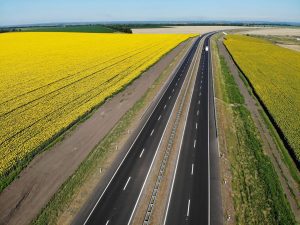 The State Automobile Roads Agency of Ukraine (Ukravtodor) starts building a road to Stanytsia Luhanska, Head of Ukravtodor Oleksandr Kubrakov said during an online briefing on Thursday, April 9. “The main thing that starts this week is the road to Stanytsia Luhanska. There are several road sections, but the total length will be 130 kilometers and we are starting to construct this road today,” he said.
According to Kubrakov, there are plans to finish this road construction until mid-July.
The head of Ukravtodor also said that the H-31 Dnipro-Reshetylivka and H-30 Vasylivka-Berdiansk roads are currently under active construction.
“H-31 road is fully in operation. There are 29 kilometers along which no work is underway, because the feasibility study is being developed, but we understand that the president’s task is to complete this road this year, thus we are following the plan. As for H-30 Vasylivka-Berdiansk, some roads are already being commissioned. We hope that when the quarantine ends and the tourist season comes, this road will be opened,” Kubrakov said.

The Cabinet of Ministers of Ukraine has approved the conditions for borrowing by the State Automobile Roads Agency of Ukraine (Ukravtodor), Infrastructure Minister of Ukraine Vladyslav Krykliy said in his Telegram channel.
According to him, the funds will go to works at about 100 state-sustained building facilities.
“The interest-bearing bonds will be issued without making a public offer, the obligations under which are secured by the government. The conditions are the following: face value of one bond is UAH 1,000; interest income on bonds – 12.5% per annum and paid quarterly; bond circulation period – from one up to five years depending on its Series; the bonds is issued in five Series,” he said.
Krykliy said that this will restore roads, create jobs and stimulate contracting enterprises. 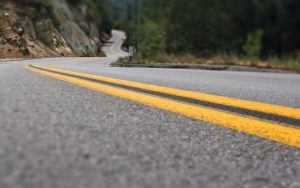 The State Roads Agency of Ukraine (Ukravtodor) plans to implement a project to develop a network of roads in western Ukraine in five years, Ukravtodor has said in its Telegram channel.
The project provides for the connection of the regional centers of western Ukraine with each other and with existing transport corridors by high-speed highways with a permitted speed of 110-130 km/h.
The full implementation of the project is planned to be completed in five years.
Ukravtodor said that in 2020 the project for the construction of the Lviv Northern Orbital Road, as well as the first stage of the Dubno, Stryi and Ternopil orbital roads, is ready for implementation. Financing of orbital roads of these cities is provided at the expense of borrowed and grant funds of international financial institutions.
At the same time, international agreements on financing these projects have already been concluded, and procurement procedures will be announced in the coming months.

The RDS group of road construction companies will continue road work during the quarantine established due to the spread of coronavirus, and plans to continue to fully fulfill its obligations, RDS co-owner Yuriy Shumakher has told Interfax-Ukraine.
“We express support for the decision of the Ukravtodor management not to curtail the planned projects. The development of infrastructure in the country is the key to Ukraine’s competitiveness and success,” he said.
“The group of RDS road construction companies minimized attendance at work for the staff, but we continue to fully implement all of our road construction projects,” Shumakher added.
According to him, contractors and suppliers in all regions of the presence of RDS Group are working smoothly, there are no problems with the provision of construction materials.
Ukravtodor on March 17 announced its support for the government’s initiatives to prevent the spread of the coronavirus COVID-19 in Ukraine and continuation of all roadwork as usual.
“Ukravtodor supports the government’s initiatives to prevent the spread of the coronavirus COVID-19 in Ukraine. Therefore, we strongly recommend that everyone who can work remotely take this opportunity. At the same time, we want to emphasize that the deceleration of the season of road works is not yet expected. All construction and repair work continues as normal,” the state agency said.
The Ukrainian group of companies RDS includes Kyivshliakhbud and Rostdorstroy. Its core business is construction, modernization and maintenance of roads and bridges, construction of airfield complexes.
The company is building concrete road H-14 Kropyvnytsky-Mykolaiv. As part of the reconstruction of the H-31 Dnipro-Reshetylivka highway in Poltava region, RDS is building an overpass over the railway and the section of the first concrete road in Ukraine. In 2019, the company won a World Bank tender for work on the first category highway M-03 Kyiv-Kharkiv-Dovzhansky.
As of January 2020, the company operates in seven regions of Ukraine and has ten production facilities.
The ultimate beneficial owners of RDS are Ukrainian citizens Yuriy Shumakher and Yevhen Konovalov. The charter capital of the company is UAH 5.13 million.