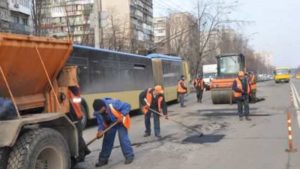 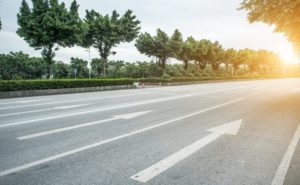 The State Automobile Roads Agency (Ukravtodor) and China’s Poly Changda Engineering Co. Ltd have signed a memorandum of cooperation as part of the implementation of the first phase of construction of Big orbital roads around Kyiv connecting M-05 Kyiv-Odesa and M-06 Kyiv-Chop highways.
According to a posting on the website of the Infrastructure Ministry, during signing the document, Infrastructure Minister Vladyslav Krykliy said that the memorandum is an important stage in cooperation for the start of construction of the orbital road.
“Our goal is to ensure 40% growth of the country’s economy in five years, and for this we need to ensure large-scale construction throughout the country. Any infrastructure project gives a return with the greatest multiplier. Each dollar invested today in a year will give plus $2 for the economy. We are very pleased that Poly Changda Engineering shares our big investment plans, and especially in such important projects as the Great Orbital Road around Kyiv. In Ukraine, there was no experience of concession roads, so it is very important to start these projects with large reliable strategic partners,” the press service said, citing Krykliy.
At the same time, Krykliy expressed his expectations that both sides will be able to quickly complete all the required preparatory technical and economic calculations and begin construction next year. 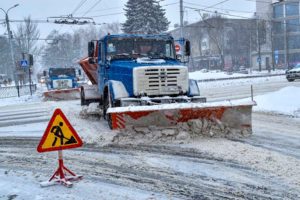 The State Automobile Roads Agency of Ukraine (Ukravtodor) plans in 2019 to purchase nearly 200,000 tonnes of salt in 2019 for preparing the roads for winter, Ukravtodor acting head of Slawomir Nowak said in an interview with Interfax-Ukraine.
“We are preparing [for winter], held first conferences over this issue. Purchase of salt volumes is under control, 41,000 tonnes have already been stored up. In general, we plan to purchase about 200,000 tonnes of salt this year. It would be enough to sustain winter facing no problems,” he said.
Novak noted that this week a meeting between Ukravtodor and the state-owned enterprise Artyomsol (Donetsk region) is to take place, during which it is planned to “settle a number of problematic issues.”
In addition, the head of the agency said that Ukravtodor has already prepared more than 2,700 of machinery items and devices for winter.
“For temporary parking of vehicles during bad weather we plan to use more than 800 sites right of way, near and at road service facilities. In addition, more than 7,000 linear meters of passive means of cleaning snow will be installed on public roads of national importance,” he said.
According to Nowak, by November 1, 2019 Ukravtodor plans to complete the full range of measures to prepare the road facilities for the autumn-winter period 2019-2020.
Artyomsol is the largest enterprise for production and sale of table salt (NaCl) in Central and Eastern Europe. Its production facilities are located in Soledar (Donetsk region). 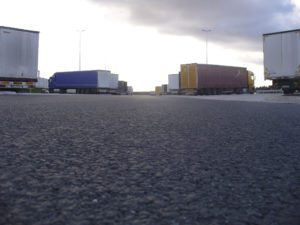 UKRAVTODOR TO COMPLETE REPAIRS OF ZAPORIZHIA-MARIUPOL HIGHWAY BY 2020 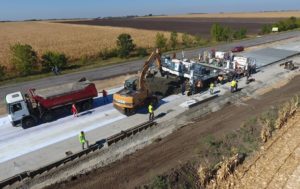 Acting Head of the State Agency of Automobile Roads of Ukraine (Ukravtodor) Slawomir Nowak has said hopefully Zaporizhia-Mariupol highway will be repaired by the end of 2019.
“We have a very ambitious goal: to complete Zaporizhia-Mariupol corridor this year. Large-scale funding was provided to complete these works, because this corridor is very important for the whole country. This is ‘the road of life’ for Zaporizhia and Donetsk regions, for Mariupol as well, thus we want to work so fast to be able to complete the construction,” Novak told the journalists during a visiting meeting.
He said the works are carried under constant supervision of the agency.
According to the Ukravtodor, the total length of the site is 209 km (41.3 in Donetsk region and 167.6 km in Zaporizhia region). Meanwhile, 54.1 km of roads have already been repaired (10.1 in Donetsk region and 44 km in Zaporizhia region).
Inter alia, the highway workers plan to repair 80.4 km of road in Zaporizhia region worth UAH 1.567 billion, and 31.2 km of road in Donetsk region worth UAH 840.6 million.
As reported, the Cabinet of Ministers of Ukraine has addressed a balance of funds of the Ukravtodor in an amount of UAH 1.920 billion and unappropriated expenditures of 2019 in an amount of UAH 94.142 million for the development of the principal highways.
The government passed a respective decision at its meeting on Wednesday.
According to an explanatory note to the document, over UAH 1.240 billion will be allocated for continuation of the permanent medium repairs of Boryspil-Dnipro-Zaporizhia-Mariupol highway enroute Zaporizhia-Mariupol, extra UAH 400 million will be spent for Dnipro-Mykolaiv highway (Dnipropetrovsk region) repairs in 2019. 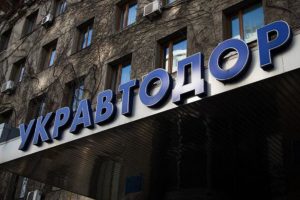 Canadian-based International Road Dynamics Inc. (IRD) and Quarterhill Inc. in conjunction with the Ukrainian companies SEA Electronics and Avtomagistral-Pivden will supply 12 Weight-in-Motion (WiM) complexes worth $6.4 million, including installation work, to the State Agency of Automobile Roads of Ukraine (Ukravtodor).
According to an IRD press release posted on the PR Newswire information disclosure service owned by Cision, the project includes the supply and installation of 20 WiM lines on six sections of highways around Kyiv, as well as the delivery of an auxiliary system.
“The implementation of this project is the first step in building a common ITC system, which consists of WiM, traffic control, speeding control, and tolling. By the end of the year we plan to develop and approve a program for 200-250 such points throughout the country. We must save taxes that taxpayers spend on restoring Ukrainian roads,” Head of Ukravtodor Slawomir Nowak told Interfax-Ukraine.
The press service of Ukravtodor told the agency funds for the project implementation are issued by the World Bank, and in total it is planned to purchase 12 WiM complexes produced by IRD within the framework of this contract.