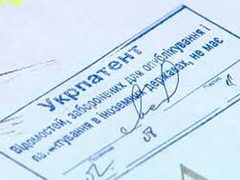 Minister of Economic Development, Trade and Agriculture of Ukraine Tymofiy Mylovanov has denied plans of the government to liquidate state-owned enterprise (SOE) Ukrainian Intellectual Property Institute (Ukrpatent), and the creation of the National Intellectual Property Authority is planned only on the basis of SOE.
“No one will close Ukrpatent. If something is created, it will only be based on Ukrpatent,” Mylovanov said during a meeting with the staff of the enterprise upon their appeal to the ministry.
In its appeal, the company pointed to abuses and violations by the Ministry of Economic Development and Trade, in particular, the director of the intellectual property department Valeriy Zhaldak and his deputy Bohdan Paduchak.
According to the document, in particular, in May 2018, ex-Minister of Economic Development Stepan Kubiv by his decree established the state-run organization National Intellectual Property Office, which duplicates the functions of Ukrpatent, which contradicts Ukrainian and international legislation in the field of intellectual property protection and bilateral international treaties, the company said in the appeal. The creation of such an organization requires an appropriate government decree, and not a ministerial decree, the team said.
In addition, Ukrpatent transferred over UAH 36 million for the maintenance of the National Office, the state company said.
The parliament has registered a package of bills (No. 2255, 2255-1 and 2259), which provide for the establishment of the National Intellectual Property Authority as a legal entity under the management of the Ministry of Economic Development, Trade and Agriculture. At the same time, bill No. 2255 provides for the creation of the National Intellectual Property Authority on the basis of Ukrpatent.