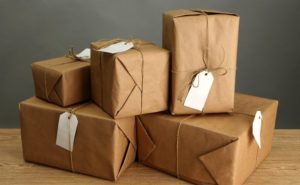 JSC Ukrposhta launches the delivery of parcels within three to six days from the date of shipment from a warehouse in Poland to Ukraine, the press service of the company has said.
According to a press release, Ukrposhta together with the private postal operator SMART Forwarding (with the head office in Greece) and the Polish company InPost have already begun test deliveries of international mail from Poland.
“We and our partners provide perhaps the only economical official channel for delivering goods or things. It’s convenient, reliable, simple. For example, sending a package with sneakers, clothes and food in factory packaging weighing 10 kg and with the size of up to 19x38x64 cm through an InPost post terminal will cost about PLN 37, or about UAH 230 in equivalent,” the press service of Ukrposhta said, citing first deputy director general of the company Oleksandr Pertsovsky.
According to him, if the value of a parcel per recipient does not exceed the customs limit of EUR100, customs clearance will be carried out according to a simplified mechanism.
“Now we are working in a test mode, doing weekly deliveries, arranging all processes. We plan to increase the frequency of departures from Poland to two or three per week,” the expert said.
The departure route from Poland to Ukraine can be tracked by the track number on the Ukrposhta website.
According to the company, the new delivery channel is safer and about 20-25% more profitable than alternative options.
In the near future, Ukrposhta plans to launch similar channels for the international delivery of parcels to Ukraine from Italy, Britain, and Germany. 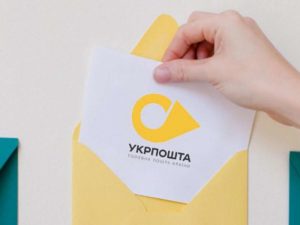 JSC Ukrposhta has introduced a new additional service for delivering small packages, “Postal Express to the United States,” the company’s press service has said.
According to the report, the service provides priority processing of departures at Ukrposhta, customs clearance and shipment of departures for direct flights to New York. Its launch took place in August and already tens of thousands of items were delivered in a new way.
The company said that during the testing of the service, for 90% of shipments the processing time from the moment of departure from any automated branch of Ukrposhta to the first scan in the USPS national mail system was from three to five days. Moreover, the full delivery time until delivery in any U.S. state, taking into account customs clearance in the two countries, for 80% of small packages ranged from four to ten days.
At the same time, the average delivery time for packages by the basic service is currently 14 days. 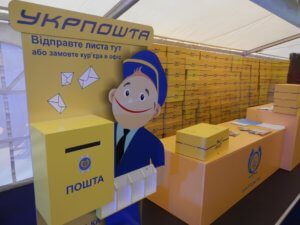 The European Investment Bank (EIB) has selected PricewaterhouseCoopers (PwC) at a tender to design a new logistic chain of PJSC Ukrposhta, Ukraine’s Infrastructure Ministry reported last week. “At the end of the project an investment case would be created and it could be financed by the EIB jointly with other international institutions,” the ministry said.
According to the report, in six months, international advisors will develop several projects for the restructuring of the logistics network of Ukrposhta, which today consists of 35 sorting centers and more than 200 transport bases.
“It is important that these cases of the project will be immediately considered and defended with the technical specialists of the EIB from Luxembourg as one of the potential investors,” First Deputy CEO of Ukrposhta Oleksandr Petsovsky said.
The EIB does not disclose the amount for which the contract will be concluded.
As reported, in June, the EIB announced a tender for the selection of a consultant for the modernization of the logistics network of PJSC Ukrposhta with an estimated cost of EUR 400,000. 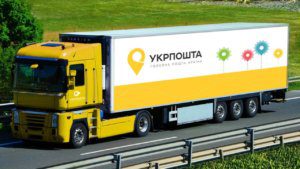 Kyiv-based PJSC Ukrposhta postal operator has started cooperation with the Rozetka online supermarket and F.ua online store, the company’s website said. “Ukrposhta has begun cooperation with the F.ua online store, which is one of the top ten sellers of consumer electronics in Ukraine,” the company said in an official statement.
Over the first days of work in the test mode, Ukrposhta delivered more than 1,000 parcels, the number of orders continues to grow.
Ukrposhta CEO Igor Smelyansky in turn announced the national postal operator’s cooperation with Rozetka.
“Ukrposhta has finally coupled within Rozetka,” he wrote on Facebook. “Millions of potential buyers have been waiting for this. Now they can order delivery [of a limited number of commodities so far] by Ukrposhta. For us, this is a very important signal from the e-commerce market,” he wrote.
According to Smelyansky, in addition to Rozetka and F.ua, Ukrposhta also works with LeBoutique, Parfums, Yakaboo, LaModa, Top Shop, Makeup and some other well-known e-shops.