ALFA-BANK AND UKRSOTSBANK DECIDE TO MERGE UNDER SIMPLIFIED PROCEDURE

The only one shareholder of Ukrsotsbank on September 10 decided to merge Ukrsotsbank to Alfa-Bank (both based in Kyiv) under the simplified procedure. According to a report in the information disclosure system of the National Commission on Securities and the Stock Market, Alfa-Bank shareholders took a decision to merge Ukrsotsbank under the simplified procedure at their general meeting on September 10.
“Taking into account that Ukrsotsbank JSC and Alfa-Bank JSC are members of the international banking group ABH Holdings S.A., the aim of the reorganization is to optimize the business and create a single reliable and financially stable private commercial bank in Ukraine as a result of the merger,” the report said.
As a result of the conversion of shares in connection with the merger, Alfa-Bank’s authorized capital will be increased by UAH 16.546 billion, up to UAH 28.726 billion.
As reported, ABH Holdings S.A. (ABHH, Cyprus), which indirectly owns 100% of Alfa-Bank (Ukraine), and UniCredit Group (UCG) on October 31, 2016 announced the completion of a deal on the transfer of 99.9% in Ukrsotsbank (Kyiv), UCG’s asset in Ukraine, in exchange for a minority stake of 9.9% in ABHH.

ALFA-BANK AND UKRSOTSBANK TO CUMULATIVELY QUADRUPLE PROFIT IN 2019 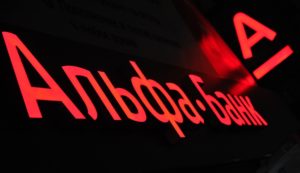 The consolidated profit of Alfa-Bank and Ukrsotsbank, which are completing their merger, will be around UAH 1.5 billion in 2019, General Manager of the board of the Alfa-Bank banking group, Board Chairman of Ukrsotsbank Ivan Svitek has said in an interview with Interfax-Ukraine, giving his forecast.
“So far, Ukrsots (bank) is still pulling us down on this indicator, but the situation has changed dramatically… By the end of 2019, we plan to reach a total profit of UAH 1.5 billion. Our profit growth dynamics is one of the highest in the market,” he said.
Svitek recalled that in 2018, with Alfa-Bank’s net profit of UAH 1.26 billion, which was the best indicator in the past 10 years, Ukrsotsbank’s net loss amounted to UAH 0.89 billion.
According to the NBU, following the results of four months, the total net profit of the two banks amounted to UAH 406.6 million: UAH 671.3 million from Alfa-Bank minus Ukrsotsbank’s loss of UAH 264.7 million, which is the 10th indicator on the market.
“This is still an echo of the past of Ukrsotsbank. However, we have managed to significantly reduce its losses, which were billions of U.S. dollars before our purchase,” the head of the banking group said, commenting on the results of the four months.
He said that the goal of the merged bank remains the same – to become the largest private bank in the Ukrainian market.
“And we are already in this position in terms of various indicators,” Svitek said.
He said that, speaking of the leading positions, it is about both the number of clients and the volume of assets.
“We are growing dynamically in retail, and in corporate lending we retain our positions,” the head of the banking group said.
According to him, the retention of the corporate loan portfolio is a good result, as the cleaned out NPLs have been replaced by new high-quality loans.
Asked whether Alfa-Bank’s goal is to increase its share in assets from the current 5.5% to 10%, the head of the banking group confirmed that such ambitions exist.
“If we reach 10%, it will be good,” he said, assuming that this could happen in the near future, but giving no other details.
At the same time, Svitek said that the number of branches for the bank is not an end in itself.
He also said that growth can be not only organic, but also through acquisitions.
“We will grow anyway. There are still assets on the market. We are looking at them, analyzing and ready to buy if something very interesting appears. We have a lot of experience and we know how to do it,” the head of the banking group, which in 2014 prior to the acquisition of Ukrsotsbank acquired the Bank of Cyprus, said.
Svitek added that loan portfolios are also interesting to Alfa-Bank, but they are few in the market. According to him, besides that, the financial institution looks at the assets offered by the Deposit Guarantee Fund, but so far has participated in only one tender, where it was a very small package.

MERGER OF ALFA-BANK AND UKRSOTSBANK EXPECTED IN AUTUMN 2019 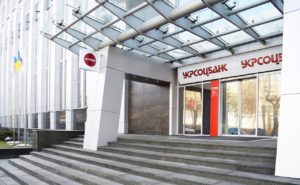 The transfer of Ukrsotsbank’s business to Alfa-Bank (both based in Kyiv) has completed in fact: Ukrsotsbank has around 6% of clients of the number of clients as of early 2017 left on its balance sheet, and the legal merger is expected this autumn, General Manager of the board of the Alfa-Bank banking group, Board Chairman of Ukrsotsbank Ivan Svitek has said. “The merger has actually ended, as all the time we focused not on a legal merger, but on transferring the active business of Ukrsotsbank to the platform of Alfa-Bank Ukraine,” he said in an interview with Interfax-Ukraine.
He said that only 11,000 of these 6% of clients are active.
Svitek recalled that in 2018, 80% of customers and 90% of balances were transferred from Ukrsotsbank, and the more complex issue of a unified IT system was completed a few weeks ago.
“At Ukrsotsbank, we have migrated more than 8 million accounts to Alfa – both opened and closed, and closed almost 90% of all IT systems and servers, including disconnection of all mobile applications and Internet banking from the system. We have already closed all branches of Ukrsotsbank and almost all of its employees were transferred to Alfa Bank. Only cash collection and one branch of Ukrsotsbank remained,” the head of the banking group said, describing the current situation.
He said that the migration of up to 90% of clients is a very high figure for the merger of banks.
“For us in this process, quality was more important than quantity. Therefore, we are pleased with the result,” Svitek said.
According to him, the largest portfolio that remained on the Ukrsotsbank’s platforme is a portfolio of bad loans, but debtors of the bank should not hope for relief after joining Alfa-Bank.
“Therefore, the legal merger de facto will not affect either the clients or the creditors of Ukrsotsbank,” Svitek said.
He said that the issue of the legal merger is still open and will be discussed at a meeting of the supervisory board in the coming weeks. The head of the group predicted that legally the merger will occur this autumn.
Asked about the brand of the merged bank, Svitek said that there is still no final decision on this matter. He said that new Strategic Marketing Director Natalia Palina, who earlier worked for Jacobs Douwe Egberts and has extensive experience in FMCG, recently joined the team. Until the end of September, she is conducting another in-depth study, the results of which will again weigh all the pros and cons of the decision to change the brand,” the head of the banking group said.
“…it would be very easy to make a decision if Alfa-Bank’s brand lost its value and strength, but this is definitely not the case. Now, only the coming legal merger is actually pushing us to rebranding. Therefore, we are weighing this step again and again,” Svitek said.
He said that rebranding is a very serious procedure and a major stress for the company, so the task is to make the right decision.

MERGER OF ALFA-BANK UKRAINE, UKRSOTSBANK TO BE COMPLETED IN H1 2019 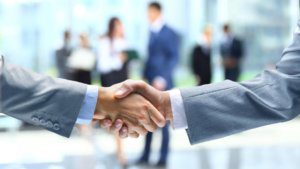 The legal merger of Alfa-Bank Ukraine and Ukrsotsbank (Kyiv) will be completed in H1 2019, Alfa Group CEO in Ukraine and Board Chairman of Ukrsotsbank Ivan Svitek has said.
“The legal merger is scheduled for the first half of the next year, but before the merger of the two giants as Alfa and Ukrsotsbank, and there have not yet been such mergers in the Ukrainian market, we need to do a lot of preparatory work. We are now trying to transfer all active clients of Ukrsotsbank to the Alfa platform. Our goal, to which we are systematically moving, is the transfer of 75% of all active clients, including in business volumes, to Alfa Bank’s balance sheet by the end of 2018,” Svitek said in a joint interview with Board Chairperson of Alfa Bank Ukraine Victoria Mykhailo with Interfax-Ukraine.
According to Mykhailo, during the preparation for migration, a soft format “2 in 1” was developed, when branches of two banks – Ukrsotsbank and Alfa-Bank are located on the Ukrsotsbank platform.
“Using this format, we can immediately tell Ukrsotsbank’ clients, while they use the usual service in the convenient branch, about all the benefits of switching to Alfa-Bank. The main argument, of course, is Alfa’s technological effectiveness. We took a lot of cool ideas and projects of Ukrsotsbank, including, for example, the Carbon card loved by customers, so clients in the 2-in-1 offices in a convenient format transfer liabilities from Ukrsotsbank to Alfa with a bonus and get more premium cards and products,” she said.
Mykhailo added that often for a client nothing changes in the current work with the bank: it is served by the same managers as before, but now employed in Alfa Bank.
Commenting on the optimization of the regional network, Mykhailo said that currently two banks are entering the final wave of migration, in which from 301 branches of Alfa-Bank and Ukrsotsbank as of the beginning of this year only 241 branches of Alfa-Bank and 8 hubs in different regions, which will work in the “2 in 1” format will remain by the end of the year.