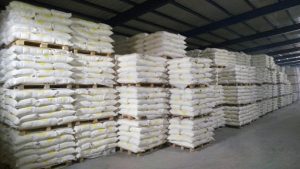 Sugar production in Ukraine as of November 9, 2020 amounted to 594,600 tonnes.
According to the website of the National Association of Sugar Producers Ukrtsukor, as of the indicated date, 30 sugar refineries operate in the country, which refined 4.03 million tonnes of sugar beet.
As it was reported with reference to Ukrtsukor, the sugar beet refining season started in the country on September 5.
Sugar production in Ukraine in 2020 is expected at the level of 1.2 million tonnes, which is 15% less than a year earlier. It is expected that 33 sugar refineries will operate this season – at the level of the previous year.
According to the State Statistics Service, the sowing area of sugar beet amounted to 218,900 hectares in 2020 – at the level of the previous year. 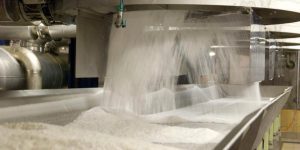 Sugar production in Ukraine as of September 28, 2020 amounted to 70,200 tonnes.
According to a Tuesday posting on the website of the Ukrtsukor National Association of Sugar Producers, 12 sugar refineries were operating in the country, which processed 548,900 tonnes of sugar beet.
As reported with reference to Ukrtsukor, the sugar beet processing season in Ukraine started on September 5.

AREA UNDER SUGAR BEET CROPS REDUCED BY 5% IN UKRAINE – UKRTSUKOR 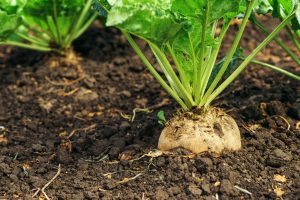 Ukraine sowed some 209,000 hectares with sugar beet as of May 13, 2020, which is 5% less than in 2019, the National Association of Sugar Producers Ukrtsukor has said.
The association said in a statement on Friday that apart from a reduction in area under crops the season is also characterized by less favorable weather conditions, which, in turn, may significantly affect the crop yield.
“This year the sowing campaign was very complicated as snowless winter and the absence of precipitations caused a lack of moisture in soil. Hence, we have dust storms and dry wind. Then April drought changed with May rainfalls and freezing weather, while a part of crops was attacked by insects in Vinnytsia, Poltava and Khmelnytsky regions. All these factors may have a negative impact on growth of root crops, and as a result they will lose mass and sugar content,” Ukrtsukor analyst Nazar Mykhailovyn said.
Traditionally, the largest share of crops falls to Vinnytsia region – 23%, which is followed by Poltava region with 12.9% and Khmelnytsky region with 11.2%. Kyiv region ranked fourth with 10.8%.
As reported, sugar production in Ukraine in the 2019/2020 marketing year (MY, September-August) decreased by 19% compared to the previous MY, to 1.48 million tonnes. A total of 33 sugar refineries were operating during the season.