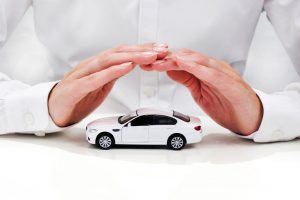 The Motor (Transport) Insurance Bureau of Ukraine (MTIBU) paid UAH 104.1 million for the owners of uninsured vehicles, which were involved in road accidents without a valid compulsory civil liability insurance of land vehicle owners (OSAGO) policy in January-September 2020, which is 23.5% more than in the same period a year earlier.
The bureau said that the number of payments for uninsured drivers from the victim protection fund of MTIBU increased 22%, to 2,946.
According to MTIBU, the reason lies in a combination of several factors: the low standard of living of Ukrainian citizens, the decline in economic activity caused by the pandemic, insufficient financial culture of the population, the irresponsibility of some drivers and the lack of effective mechanisms to control the availability of OSAGO policies.
In addition, an obstacle to improving the situation is that the employees of the National Police have the right to check the availability of the OSAGO policy only in case of violation of the traffic rules by the driver or if they got into an accident. Also in Ukraine, in contrast to many European countries, the introduction of automatic recording of the availability of OSAGO policies remains at the level of a promising idea, the bureau said.
“After in February 2019, the State Border Guard Service began to automatically check the presence and validity of the Green Card insurance certificate for each driver traveling abroad.., almost immediately we noted a significant increase in the number of concluded international Green Card insurance contracts (by 30-40% monthly),” Director General of MTIBU Volodymyr Shevchenko said, whose words are quoted in the report.
According to him, it is necessary to introduce in a similar way for an automated check of the availability of internal OSAGO policies, which will solve the problem of uninsured drivers on the country’s roads. This requires joint efforts of the legislature, the regulator and the Ministry of Internal Affairs.
According to the report, the number and amount of payments for drivers of privileged categories also increased in January-September 2020. The number of such payments increased by 12.8%, the amount – by 24.9%, to UAH 26.8 million.
During three quarters of this year, the bureau paid UAH 153.9 million from the MTIBU victim protection fund, to which all insurers-members of the bureau make monthly contributions, which is 2.8% less than in the corresponding period last year. The number of payments decreased 13.8%, to 4,500. Such dynamics was caused by a decrease in the volume of payments for bankrupt insurers and payments via returning the base guarantee contribution of the insurer.