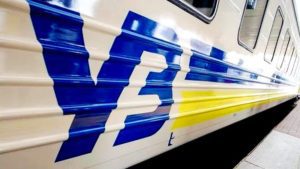 The company that developed the electronic ticket sale system of Ukrzaliznytsia – Unit LLC – has accused a group of officials of Ukrzaliznytsia of pressing on it an asked the company’s head to attract profile specialists and law enforcement agencies to settle the issue. The corresponding open letter to the head of Ukrzaliznytsia Yevhen Kravtsov regarding the situation around the Electronic Ticket system has been published on the website of Unit. “To date, a group of officials of Ukrzaliznytsia in collusion with a private company, is taking measures to remove the system from Ukrzaliznytsia’s control and then transfer it to the management of a private company. For achieving the goal the officials of the Main Computer Center of Ukrzaliznytsia artificially create interruptions in the work of the system, and in the future the system can be forcibly stopped by these persons in order to accuse the system developer, Unit LLC, thereby justifying itself,” the company said in the letter.
According to the company, such destructive actions of the officials, which can lead to a complete stop of the system, undermine the work of Ukrzaliznytsia.
The system developer calls on Kravtsov to intervene in the situation in order to prevent possible interruptions and shutdown of the system, which will lead to a collapse in ticket sales. Unit demands to organize a joint meeting with the involvement of relevant specialists and relevant law enforcement agencies.