UKRAINE IN TALKS WITH MANUFACTURERS OF MODERNA VACCINE 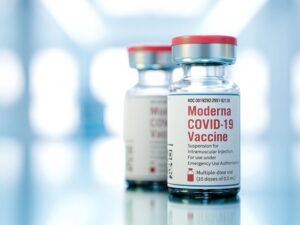 Ukraine is negotiating with the governments of states and manufacturers of the Moderna vaccine on the supply of this drug to Ukraine, the Ministry of Health has told Interfax-Ukraine.
“The Ministry of Health and the government of Ukraine are negotiating both with the governments of the countries and with the manufacturers of vaccines regarding the possible supply of these drugs to Ukraine,” the Ministry of Health said.
The department reported that as of August 24, there were 805,652 doses of Moderna vaccine in warehouses in Ukraine.
The ministry clarified that the available Moderna vaccine will be used mainly for vaccination with the second dose of citizens who were vaccinated with the first dose.
As of August 24, there are more than 11 million vaccines from various manufacturers in national, regional and local warehouses. 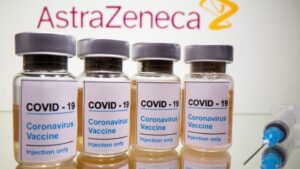 Experts from Kyiv School of Economics (KSE) recommend the Ministry of Health of Ukraine to reduce the interval between the first and second doses of AstraZeneca vaccine from 12 weeks to eight-four weeks.
“We recommend that the Health Ministry’s expert group should decide to reduce the interval between the first and second doses of AstraZeneca vaccine and accept the relevant recommendation from the Australian technical group. It suggests that it is advisable to reduce the interval to four-eight weeks during the period of an outbreak risk,” Head of the KSE Center for Health Care Economics Yuriy Hanychenko said during an online presentation of an analysis of the situation with the spread of COVID-19 on Tuesday.
Recent studies have shown a decrease in the effectiveness of one dose of AstraZeneca against the delta strain, he said, while two doses show similar effectiveness as against other strains.
“With a significant risk of an outbreak in Ukraine, those vaccinated with only one dose will receive little protection. This risk does not outweigh the benefit of the potential increase in efficacy with a second dose after 12 weeks,” Hanychenko said.
He also noted that a number of countries, in particular the United Kingdom and Australia, have already reduced the interval between the two doses.
In addition, the expert stressed that the epidemic situation in Ukraine continues to worsen, but remains under control so far.
“Beds with oxygen and resuscitation beds are loaded by 10% and 15%, respectively. The case detection rate is at 2.8%. At the same time, hospitalizations are already a quarter higher than discharges. That is, the gap between hospitalizations and discharges is increasing and the burden on the healthcare system is accelerating. Over the week, the number of patients increased by 16%, last week the growth was 9%,” he said.
Hanychenko stressed that the incidence is growing in 16 out of 25 regions. There were four such regions last week. 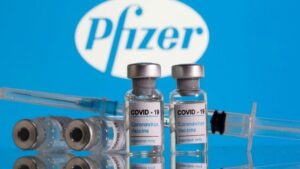 By the end of 2021, another 17 million doses of the American Pfizer vaccine will arrive in Ukraine, Chief State Sanitary Doctor of Ukraine Ihor Kuzin said in an interview with Radio Liberty on Saturday.
“By the end of the year, Ukraine will receive another 17 million of Pfizer,” he said.
At the same time, Kuzin stressed that the coronavirus outbreak may occur earlier this vaccine reaches the country. Therefore, the chief state sanitary doctor of Ukraine does not advise waiting for the opportunity to choose, but getting vaccinated as soon as possible with the vaccine that is available now.
Earlier it was reported that as of August 7, more than 4 million people were vaccinated in Ukraine. 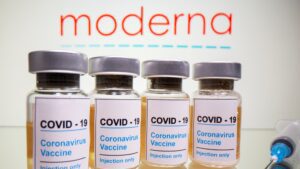 The first 2 million doses of Moderna vaccine against the COVID-19 coronavirus, donated by the United States of America on the COVAX initiative, have arrived in Ukraine, UNICEF has reported.
“The United Nations Children’s Fund (UNICEF) delivered today 2,000,040 doses of mRNA COVID-19 vaccine manufactured by the American company Moderna, to Ukraine. This batch of vaccines is donated by the U.S. Government through the global COVAX Facility,” the message reads.
As noted, this batch of COVID vaccine will be used to do vaccinations by mobile teams of organized and professional groups of the previous stages of vaccination.
“Our main goal is to protect as many Ukrainians against COVID-19 as possible. We are thankful to partners who stand with us. We are now accelerating vaccination roll-out, so everyone could have access to vaccines. I urge all Ukrainians who not yet got their shots to come and get vaccinated in the mass vaccination centers to protect their health,” said Viktor Liashko, Minister of Health of Ukraine
It is noted that Moderna is an mRNA vaccine. It requires special storage and transportation, which is provided by the United States Agency for International Development USAID. 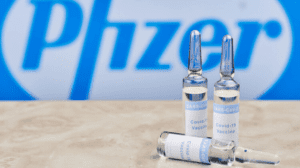 The Ministry of Health of Ukraine allowed to store the undiluted vaccine against COVID-19 Comirnaty produced by Pfizer-BioNTech at temperatures from + 2°C to + 8°C for a month instead of five days, the ministry said on its official website.
The Ministry of Health received the corresponding letter from Pfizer Export B.V. with a request to review the requirements for the cold chain of the Comirnaty vaccine on June 24, 2021. The company turned to regulators after a series of new studies.
The European Medicines Agency, the U.S. Food and Drug Administration, UK Medicines and Healthcare Products Regulatory Agency and the relevant authorities of other countries have also changed the storage requirements for the vaccine. 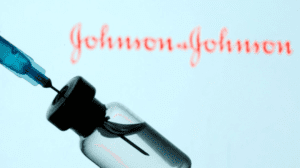 Ukraine has registered a vaccine against coronavirus (COVID-19) Janssen manufactured by Johnson & Johnson.
According to the Center for Public Health and the Health Ministry, the vaccine was registered for emergency medical use on July 2.
At the same time, it is specified that one dose of Janssen vaccine is sufficient for complete immunization.
The vaccine is approved for emergency use by WHO. The United States, Great Britain, the European Union, Switzerland, Canada and other countries have also given permission to use it.
This is a vector vaccine developed by Janssen, owned by Johnson&Johnson. It requires a storage temperature from minus two to plus eight degrees Celsius.