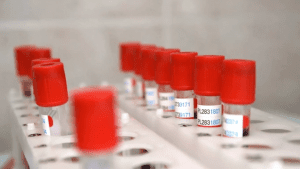 The pharmaceutical company JSC Farmak (Kyiv) has received a request from the Ministry of Health and scientists regarding the possibility of its involvement in clinical trials of a Ukrainian vaccine against COVID-19, the company has told Interfax-Ukraine.
“Farmak has recently received a request from the Ministry of Health and scientists about the possibility of involving the company in clinical trials of the Ukrainian vaccine against COVID-19. Also, the state received a request for the possibility of industrial production of the vaccine (if its safety and effectiveness are proved),” the company said.
Currently, Farmak is studying the request: the company’s experts are analyzing the available materials related to the development and are consulting with scientists and representatives of the Ministry of Health.
As reported, the state intends to fund clinical trials of the vaccine.
Farmak manufactures medicines in all fourteen therapeutic groups. Among the main directions are anti-cold, endocrinological, gastroenterological, cardiological, neurological portfolios. The company annually introduces to the market about 20 new complex-component modern drugs, and about 100 drugs are currently in development.
Over the past five years, Farmak’s investments in the scientific and technical complex, production equipment, and research activities amounted to UAH 3.4 billion.
In 2019, Farmak received a net profit of UAH 1.056 billion, which is almost the same as in 2018 at UAH 1.05 billion, while in 2018 Farmak increased its net profit by 25.16%.
JSC Farmak is a member of the Manufacturers of Medications of Ukraine Association.
According to the unified state register of legal entities and individual entrepreneurs, the ultimate beneficial owner of Farmak is the head of the supervisory board, Filya Zhebrovska, who owns 80% of the company’s shares.

The Ministry of Health is in negotiations with foreign companies regarding the purchase of vaccines against COVID-19 immediately after their registration, Health Minister Maksym Stepanov has said during the hour of questions to the government in the Verkhovna Rada.

“We are negotiating with AstraZeneca regarding the number of vaccines they will be ready to supply to us. It has already been decided that, if confirmed, we are ready to make an advance payment. In addition, we are negotiating with a Chinese manufacturer, which is also at the third stage of testing. Ukraine was accepted into the COVAX initiative on the distribution of vaccines – 20% of the population, about 8 million doses for our country. The process of signing the relevant agreements, memorandums is underway, so that after the registration of vaccines we could receive them. We also communicate with other companies,” he said.

In addition, the minister said that the Ministry of Health is increasing its capacity to combat the pandemic.

“Laboratory centers are provided with tests for about 1.5 months. The tests are purchased mainly from two Ukrainian manufacturers, they are also purchased at the expense of the World Bank. In five months, we resumed the work of laboratory centers (from four to 69), and increased the number of PCR tests per day from 200 to almost 25,000. The total number of tests made has already reached almost 1.7 million,” Stepanov said.

He also noted that the situation with the incidence of doctors with COVID-19 has changed: to date, the number of sick doctors has decreased by almost four times. 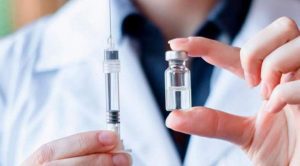 Plans to resume domestic vaccine production are being discussed in Ukraine, Ukrainian Health Minister Maksym Stepanov said in an interview with Radio Liberty.
“You probably know that in Ukraine, apparently back in the 1990s, the production of any vaccine was completely destroyed. Now we have repeatedly talked with the President of the country to start restoring vaccine production. This concerns influenza, this applies to other vaccines, which we use every year,” Stepanov on the air of the Saturday Interview program.
According to the minister, the country has a corresponding scientific potential.
“We have a good school. Of course, this process is not very fast. It will take several years for us to have our own vaccine developed by our scientists. At the same time, I have already held several meetings with our entrepreneurs who have appropriate production lines. Farmak, Lekhim, which have the corresponding certified lines for the production of vaccines,can produce either a Ukrainian vaccine, if it appears, or another,” Stepanov said. 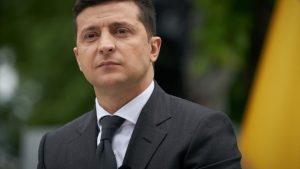 Ukrainian President Volodymyr Zelensky insists that Ukraine will be among the first countries to be able to purchase a vaccine against COVID-19 as soon as it appears on the pharmaceutical market.
The head of state, according to the presidential office, on Saturday held a traditional meeting with representatives of the government, law enforcement agencies and relevant departments on the epidemiological situation in the country and measures to prevent the spread of coronavirus.
Zelensky inquired about progressing of his task of keeping Ukraine on the waiting list for the coronavirus vaccine when it is made.
“Our diplomatic contacts and global resources report that the vaccine is already being produced in several countries. Even if it is ready next year, Ukraine should be among the first countries to purchase the vaccine. We must think about it now. The whole world is lining up,” the president stressed.
Health Minister Maksym Stepanov said that, on the instructions of the president, he conducts consultations and keeps in touch with companies and diplomats from different countries, studying information. 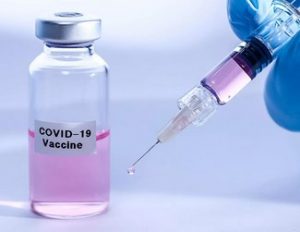 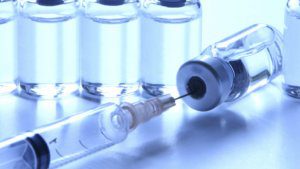