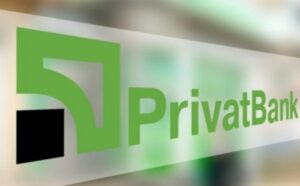 State PrivatBank (Kyiv) from December 24 began paying the next tranche in the amount of EUR9 million to victims of the Holocaust, in particular to former concentration camp prisoners and survivors of the German occupation, PrivatBank said on Tuesday.
According to the message, funds can be received in cash at any bank branch in cities and regions of Ukraine.
The press service recalled that PrivatBank has been making such payments since 2014 and is the only agent bank authorized by the government of the Federal Republic of Germany to pay compensation to victims of Nazism on the territory of Ukraine within the framework of the Claims Conference company.
On December 18, 2016, the government of Ukraine, referring to the proposal of the NBU and former shareholders of PrivatBank, the largest of which at that time were Ihor Kolomoisky and Hennadiy Boholiubov, decided to nationalize this largest financial institution on the Ukrainian market and injected over UAH 155 billion into its capital.
According to the statistics of the National Bank of Ukraine, as of October 1, 2021, in terms of total assets, PrivatBank was ranked 1st (UAH 550.328 billion) among 71 banks operating in the country.