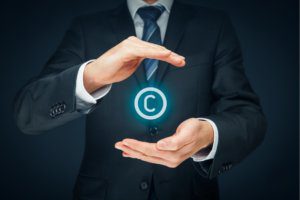 Ukrainian President Petro Poroshenko has signed the law “On introducing changes to Article 5 of the law on Ukraine ‘On distribution of audiovisual products, audio recordings, video recordings, computer programs and databases.'” The bill strengthens existing ways to fight piracy and copyright violations. According to the president’s press service on Tuesday, the purpose of this law is to improve the process of marking with control stamps audiovisual works, audio/video recordings, computer programs, and databases. “Thanks to the increased transparency of the labeling process, right holders will be able to effectively control the process of issuing stamps and to counteract fraud and the unlawful use of these protective elements in a timely manner,” the press service said.
The president’s press service said implementation of the law will contribute to the creation of an additional mechanism to combat piracy and copyright violations.
As reported, on September 4, Ukraine’s Verkhovna Rada passed bill No. 4571, which introduces some changes in the procedure for issuing control stamps to audiovisual works, audio and video recordings, computer programs, and databases. According to the text of the bill, applications documents, including a list of named copies, must be submitted on paper and electronic media.
At the same time, the institution that deals with issuing control stamps, within three working days from the date of issue of such stamps, will publish on its official website a list of sample names of audiovisual works, audio/video recordings, computer programs and databases indicating the works recorded on these samples, as well as data on the applicant for which the decision was made to issue control stamps, as well as their quantity, series and control number.