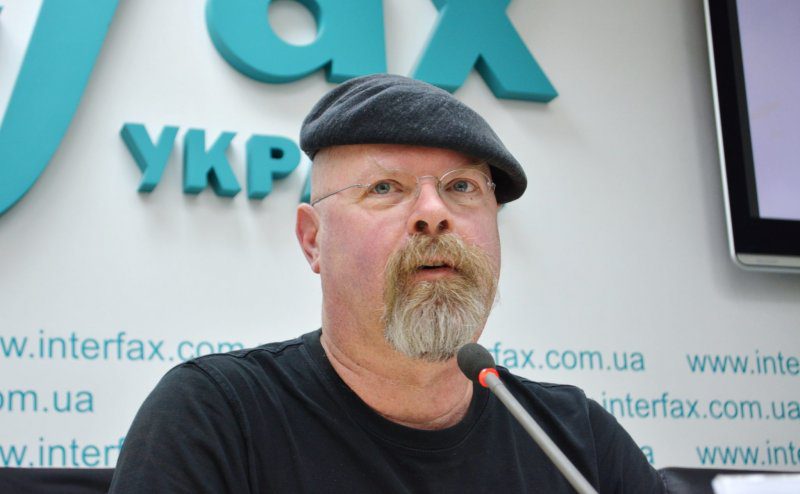 TECHNOLOGY IS A UNIVERSAL LANGUAGE, BUT IT SHOULD BE TREATED WITH RESPECT – MYTHBUSTERS’ HYNEMAN

KYIV. April 21 (Interfax-Ukraine) – Former co-host of MythBusters television show Jamie Hyneman believes that technology is a universal language, but it should be treated with respect.
“Technology is a kind of a universal language… I am somewhat of a critic of all the smart phones and everybody keeping tabs on them all the time and not existing in the real world. But it also seems to be that culture and technology are diffusing through and being communicated around the world,” he said at a press conference at Interfax-Ukraine on Friday.
Hyneman noted that there has been a growing public interest to science in the last decade. But he does not think that MythBusters should take credit for this. The TV show rather was very fortunate to appear in the right time and take advantage of this surge of interest, he said.
According to him, such an increase in interest in science could be caused in part by the spread of the active use of the Internet and thus the availability of information.
The former co-host of MythBusters said people should not to be afraid of technology, but should treat it with respect.
“I don’t think that we should be afraid of technology, we should embrace it, but treat it with respect and with careful thought,” Hyneman said.
On April 22, Hyneman will be a member of the panel of judges of the engineering startup competition, the Vernadsky Challenge, in Dnipro.
The Vernadsky Challenge competition has been held since 2015. It allows talented engineers and inventors to present their projects and compete for a UAH 2 million grant. Over the 3-year history of the Vernadsky Challenge, 576 startups have participated in the event and the winners have received a total of UAH 3 million in grant funding.
Vernadsky Challenge 2017 has attracted applications from 230 startups. The panel of judges is headed by competition founders Dmitry Sholomko, Google Ukraine director, and Noosphere Ventures founder Max Polyakov.