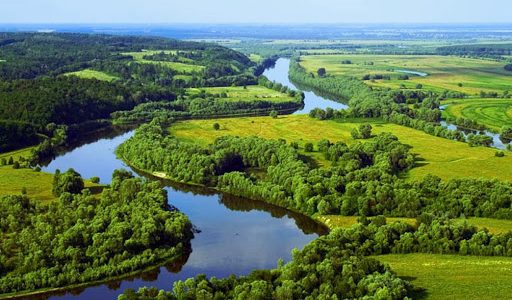 The unrealized potential of Ukraine in the use of water resources is estimated at $12 billion, while the potential of using forest resources is at $40 billion, Prime Minister Denys Shmyhal has said.
“We had to expand the area of our forests and use wood mainly for the development of our own furniture production. Only a change in the guidelines for the export of raw materials to the production of our own products will give the country at least $40 billion in 10 years,” the prime minister said during the presentation of the audit of the Ukrainian economy and vectors of economic development until 2030 in Kyiv on Friday.
According to Shmyhal, water resources have $12 billion of underutilized potential.
“Ukraine has ignored the development of hydropower for years. We use only half of this potential. We use the potential of aquaculture, the development of fisheries. We use only a quarter. Irrigation is developed less than 20% of what it should be. For example, an effective irrigation system in the southern regions of Ukraine would give an opportunity to increase harvests by 2.5-3 times and this is also an untapped potential that will give the country additional GDP,” the prime minister said.
Ukrainian PM predicts growth in cost of farmland fivefold in 10 years, $85 bln of extra GDP.