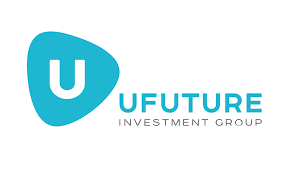 UFuture investment group of Ukrainian entrepreneur Vasyl Khmelnytsky has no plan to expand its portfolio of investments in the pharmaceutical industry, while will develop the Biopharma project.
“I do not plan to invest in other pharmaceutical projects, so far only Biopharma, need to be professional in one thing,” the founder of UFuture Investment Group, Vasyl Khmelnytsky, told Interfax-Ukraine on the sidelines of the International Forum on Blood Components and Preparations in Kyiv.
At the same time, Khmelnytsky noted that he will be able to evaluate the effectiveness of investments in Biopharma after the start of the fractionator plant.
“How satisfied we are with the investments in Biopharma will be seen in a year, two or three, when the plant starts working. Now $75 million has been invested, a fractionator has been built,” he said.
Khmelnytsky stressed that this project of the Biopharma plant is “a plus for the country and a plus for the pharmaceutical industry.”
“We will pay taxes in the country, people will work in Ukraine, they will receive wages, the medicines that we produce will be of the same high quality as European ones, but cheaper by at least 30%,” he said.
The founder of UFuture noted that the country should create conditions for enterprises to be built in Ukraine, including pharmaceutical.
“We don’t need to buy drugs abroad so that they earn added value there. We’d better produce them here to get jobs, taxes and cheaper drugs, which can then be exported to different countries,” he said.
As reported, Biopharma opens a fractionator plant that will produce blood plasma derived medicines. The factory installed equipment from the world manufacturers in the industry: Stilmas, Olsa, GEA Westfalia, General Electric healthcare, Pall, and Steriline.