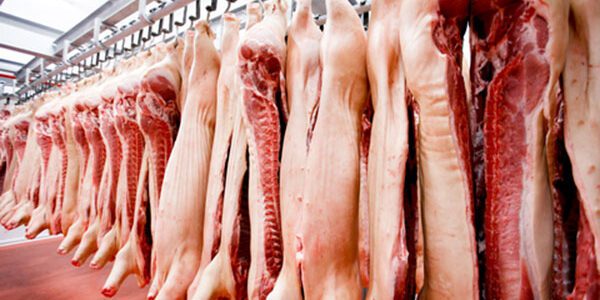 Ukrainian importers in January-August fully used quotas for duty-free import of pork from the European Union, further import of chilled pork will be subject to a 12% duty, and frozen pork – 10%, this was reported on the website of the Pig Breeders of Ukraine association. “As of September 1, some 20,000 tonnes of chilled and frozen pork from the EU countries were brought to Ukraine. This corresponds to the quota for duty-free supply of pork from the European Union countries established under the economic part of the Association Agreement. Since these limits have been used this year, each next kilogram of European chilled pork will cost importers 12% more due to the duty, and frozen pork meat will rise in price by 10%,” the organization said.
According to the association, there has been some recovery in import activity this year, which confirms the use of the pork import quota in August, while in previous years the import quota was used in November-December.
It clarified that Ukrainian importers have similar agreements on duty-free supplies of up to 14,400 tonnes of pork from Canada (the quota was used by 9%) and up to 1,700 tonnes from the UK (no deliveries from this country were made in 2021).
“If the import of raw meat from these countries becomes economically attractive for the importer, the supply of frozen pork is unlikely to have a significant impact on the domestic pork market. In addition, the expected changes in exchange rates in the fall will also increase the entry barrier for imported raw materials,” the association concluded.